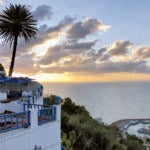 A Washington, D.C., veteran, Klain has served as a Biden adviser many times over, most recently during the 2020 campaign and previously as his chief of staff when Biden was vice president in the Obama administration. In that role, Klain helped shepherd the American Recovery and Reinvestment Act of 2009, the stimulus package designed to lift the country out of the Great Recession. He also has experience fighting viral epidemics, having been appointed by President Barack Obama ’91 to lead the White House Ebola response at the height of that public health crisis. As recently as last spring, he taught a seminar for HLS students — “Law and Legal Practice in Campaign Debates” — drawing on the many facets of his experience, including his expertise with debate preparation.

Tai has been the chief trade counsel for the House Ways and Means Committee since 2017, advising Democrats and the committee chairman on international trade issues. Previously, Tai worked for the Office of the United States Trade Representative, where she successfully prosecuted cases on Chinese trade practices at the World Trade Organization. If her nomination is confirmed, Tai, the daughter of immigrants who were born in China, will be the first woman of color and first Asian American to serve as the U.S. trade representative.

As governor of Michigan from 2003 to 2011, she pushed for the state to increase the share of its energy derived from renewable sources like solar and wind. And when the Great Recession hit, she oversaw the statewide response, working with the Obama administration on a 2009 bailout of the auto industry that included investment in clean energy technologies. Granholm has gone on to make the case for regional economic development and job production through clean energy technologies — an idea that Biden has focused on in his economic recovery plan.

Garland currently serves as a judge on the U.S. Court of Appeals for the District of Columbia Circuit. When Biden announced his nomination, he introduced Garland as a man of “impeccable integrity … brilliant yet humble,” and said that he would help to restore the independence and reputation of the Justice Department. Garland said that, for him, it would be a homecoming. He first worked in the department shortly after law school during the Carter administration, and then again as a federal prosecutor during the Clinton administration, when he supervised the Unabomber and Oklahoma City bombing prosecutions, among other high-profile cases.

The new administration will be making hundreds of additional appointments to federal posts in the coming weeks. Other HLS affiliates already known to be joining include Tarun Chhabra ’11, who has been selected to serve as senior director for technology and national security on the National Security Council. Janet McCabe ’83 has been selected to serve as deputy administrator of the EPA. Deanne B. Millison ’08 will serve as deputy policy director for Vice President Kamala Harris. And named to the Office of Legal Counsel are Tona Boyd ’09, Justin Dews ’15, Janet Kim ’12, Ephraim McDowell ’16, Jaimie McFarlin ’15, Lauren Moore ’12, Erica Songer ’06, and Larry Schwartztol, who has been a lecturer on law at HLS and previously was executive director of the Criminal Justice Policy Program at the school.