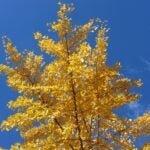 The Royal Institute of British Architects (RIBA) has awarded its 2018 Stirling Prize to Foster + Partners’ “monumental,” “once-in-a-generation” European headquarters for Bloomberg LP, a project engineered by the Harvard Graduate School of Design’s (GSD) Hanif Kara and his firm AKTII. The Stirling Prize is RIBA’s most prestigious award, given annually to a new building in the United Kingdom deemed to have made the most significant contribution to British architecture in the past year.

Foster + Partners served as architect for the project, with AKTII as civil and structural engineer and Kara as design director. The project was conceived in close dialogue with Michael Bloomberg, CEO of Bloomberg LP, and his New York-based team. Foster + Partners and AKTII were appointed to deliver the project from conception through to construction, enriching it with a conceptual and architectural continuity that Kara says lies at the heart of his GSD pedagogy.

“The ‘thought-to-construction’ element gives architects the opportunity to allow the research on and nature of the project to balance out and inform the selection of experts and other collaborators, rather than it being predetermined,” Kara observes.”This is a question I have dealt with in my GSD courses, especially in ‘Interdisciplinary Design in Practice’: how design research manifests itself beyond academia, and the advocacy that architects must apply in order to understand the project not just as a building, but to draw on what they want built.”

Kara notes a variety of technical innovations that position the headquarters as an exemplar of the “work space of the future,” one that promotes personal well-being for inhabitants, environmental sustainability (RIBA writes that the building has been credited as the most sustainable office in the world), and employee productivity and idea-sharing.

“These are topics we all deal with at school in our teaching and in debates that we have about the challenges the next generations face, and how great design can steward that,” Kara says. “The optimistic arc the project sets is a direct message to our students and alumni.”

Unlike many office buildings, services like elevators and staircases are pushed to the building’s edges so workspaces for meeting and collaborating form the core of the building. Inside, a 210-meter high, triple-helix, bronze ramp leads upstairs, with a width that allows for spontaneous gatherings and conversations without impeding foot traffic. Throughout, systems for power, lighting, water, and ventilation make reuse of waste and respond to the building’s external climate as well as its internal occupancy patterns. The building’s multi-function ceilings are fitted with 2.5 million polished aluminum “petals” that work to regulate temperature, light, and sound.

“It is difficult to separate architecture from engineering, and design from construction, with this project,” Kara observes.”That is its greatest achievement.”