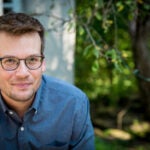 “In just seven days last June,” said Harvard T.H. Chan School of Public Health Dean Michelle Williams, “the U.S. Supreme Court set back public health by 50 years.” That sobering assessment kicked off a Sept. 16 panel discussion at the School focused on recent Court decisions that, as Williams put it, “drove back efforts to address the pressing threat of climate change, expanded access to deadly firearms, and of course eliminated the right to abortion by overturning Roe vs. Wade.”

Moderated by Washington Post columnist Dana Milbank, a panel of experts grappled with the impact of the Court’s decisions — as well as further threats from upcoming votes on affirmative action and voting rights — on public health. The event wasn’t all gloom and doom, however. Throughout the discussion, participants offered practical and inspiring words on how public health advocates and ordinary citizens could work to mitigate the effects of the most alarming changes set in motion by the Court.

Participants didn’t hold back when Milbank asked them each for a word to describe the current Supreme Court. “Politicized,” “illegitimate,” and “radical” were some of the words chosen by speakers, who included Marc Morial, president and CEO, National Urban League; Cecile Richards, former president of Planned Parenthood and co-founder of Supermajority; Esther Sanchez-Gomez, attorney, Giffords Law Center to Prevent Gun Violence; and Leah Stokes, Anton Vonk Associate Professor of Environmental Politics, University of California, Santa Barbara.

“This is a court that is so highly partisan and dismissive of not only judicial precedent — but [also of] fundamental human rights and accepted standards in this country — that it is no longer protecting the people,” Richards said. While impacts from the Dobbs decision overturning Roe v. Wade continue to reverberate in state laws banning abortion, she said, the decision has also resulted in huge shifts in public opinion that could help mitigate the impact.

The panelists urged citizens to vote to both demonstrate public opinion against the Supreme Court’s recent decisions and to empower Congress to pass laws on abortion rights, gun control, climate regulation, and other issues that could alleviate the effects those decisions. “Frankly, until the Republican party begins to lose elections because of the very issues we are talking about, we are not going to have the kind of political change we need,” Richards said.

“We have to connect the dots to the fact that this erosion of our rights and our public health is hurting us, and use that to really fuel our activism,” agreed Stokes. Several participants also stressed the importance of collective action to raise awareness of public opinion and to put pressure on officials to act. “The number one thing we say is join a group,” said Stokes. “Groups can help you plug in, they can help you go to a protest, they can help you work on a bill. Don’t think you have to do it on your own.”