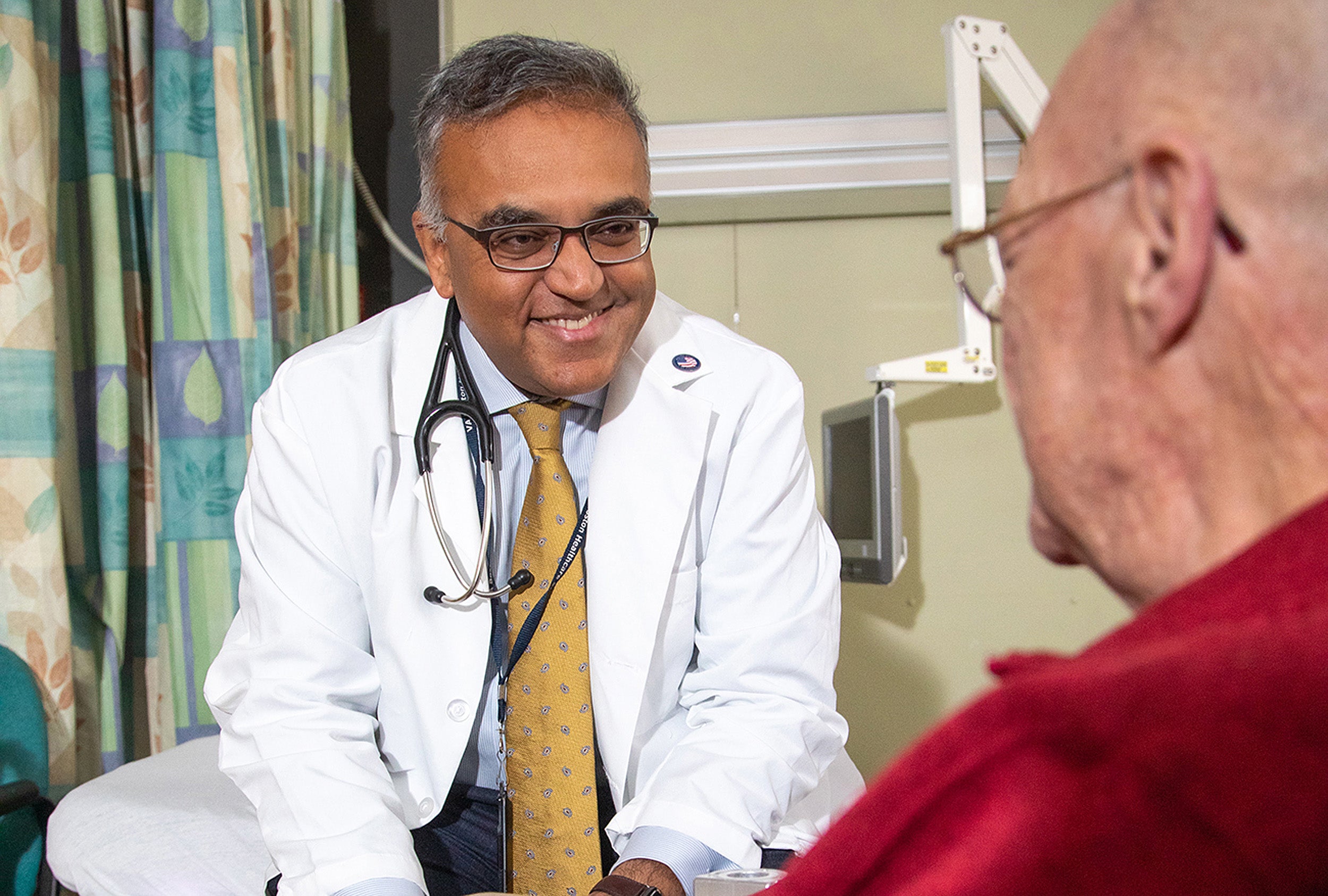 What can the U.S. learn from other countries’ health systems?

E-cigarette products made by Juul Labs were contaminated with a microbial toxin that can cause long-term lung damage, according to an analysis conducted by researchers from Harvard T.H. Chan School of Public Health.

The study, published online Dec. 9, 2019 in the American Journal of Respiratory and Critical Care Medicine, was co-authored by David Christiani, Elkan Blout Professor of Environmental Genetics, and Mi-Sun Lee, research associate in the Department of Environmental Health.

Last April, Christiani and Lee, along with Harvard Chan School’s Joseph Allen, assistant professor of exposure assessment science, published a study that found bacterial and fungal toxins in many popular e-cigarette products sold in the U.S. in 2013, before Juul’s 2015 founding. Because the company, which now dominates the U.S. e-cigarette market, was not included in the 2018 study, the researchers decided to analyze some of its products for the current study.

They analyzed 54 Juul pods — the cartridges used with e-cigarettes that contain a liquid mixture of nicotine, flavorings, and other chemicals — for two types of microbial toxins: endotoxin, a microbial agent found on Gram-negative bacteria, and glucan, a component of fungal cell walls.

Endotoxin levels in the Juul products were below the limit of detection, the study found. But 46 percent of the samples contained detectable levels of glucan, and two flavors in particular — tobacco and menthol — were much more contaminated with glucan than other flavors such as mango, crème, fruit, and cucumber. (Juul recently stopped selling e-cigarette pods in the latter four “kid-friendly” flavors, as well as mint, amid criticism that they were contributing to the youth vaping crisis.)

Chronic exposure to glucan can cause inflammation in the airway and lead to long-term lung damage, Christiani said.

He noted that the glucan found in Juul pods is not related to the current vaping-related illness in the U.S. Health officials believe that illness, known as “EVALI” (for “e-cigarette or vaping product use-associated lung injury”), is related mainly to black-market marijuana vaping liquids laced with Vitamin E acetate.

Christiani said he’s not sure why Juul’s tobacco- and menthol-flavored pods have such high levels of glucan. He said the problem could be in the raw materials used in the products or could be occurring during the production process.