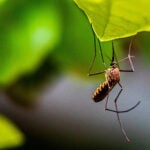 Children with malaria face gaps in care across sub-Saharan Africa

The Global Empowerment Meeting (GEM) is the annual flagship event offering of Harvard’s Center for International Development. GEM is a thought-provoking, invitation-only conference that brings together the top business leaders, policymakers, and academics to engage around the most cutting-edge work in international development.

GEM20 will be the 12th annual installment of an event that distinguishes itself by the clarity of its content, the originality of its ideas, the caliber of its speakers, and the engagement of its high-level attendees.

This year, GEM will be hosted virtually over the course of one GEM week where it will bring together leading international policymakers, CEOs, entrepreneurs, heads of foundations, and development experts.
Keynote sessions will include the 2019 Nobel Laureates in Economics, Abhijit Banerjee, Esther Duflo, and Michael Kremer, along with prominent social psychologists, Michele Gelfand and Hugo Mercier, and many other distinguished speakers including Nobel Peace Prize-winning activist Tawakkol Karman.

Participants recognize GEM as the must-attend event to engage with leading voices in international development.