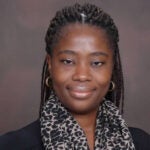 The Norwegian Academy of Science and Letters named Harvard chemist George M. Whitesides as one of 11 recipients of the 2022 Kavli Prize in recognition of his contributions to the field of nanoscience.

The award celebrates Whitesides’ contributions to the development of self-assembled monolayers, a process that controls how molecules arrange themselves on a surface. Studies on this self-assembly process have laid the groundwork for advances in nanoscience that could lead to new technologies in electronics, pharmaceutical science and medical diagnostics.

Whitesides, the Woodford L. and Ann A. Flowers University Professor, shares the honor for the award in nanoscience with David L. Allara from Penn State University, Ralph G. Nuzzo from the University of Illinois Urbana-Champaign, and Jacob Sagiv from the Weizmann Institute of Science.

The other seven laureates of this year’s Kavli Prize come from fields in astrophysics and neuroscience.

“We honor the 2022 Kavli Prize Laureates for their transformative contributions to science and society,” said Lise Øvreås, president of The Norwegian Academy of Science and Letters. “Their discoveries created entirely new fields, opened up new realms of scientific research and advanced science for the benefit of humankind.”

“Self-assembled monolayers are extremely important in many phenomena at the nanoscale,” said Bodil Holst, chair of the Nanoscience Committee. “Sagiv, Nuzzo, Allara, and Whitesides opened up a whole new world with their discoveries. This is documented through scientific insights and the enormous amount of applications utilizing self-assembled monolayers.”

Whitesides considers it an honor to be part of this group of researchers. He’s often collaborated with Allara and Nuzzo, who was his former graduate student.

“What we have done is to take a field that did not exist, which is self-monolayers, we’ve put together a mixture of demonstrations of the structure of the molecular assemblies that were formed plus demonstrations of their applications and solving other problems… this is become a very important part of surface chemistry,” Whitesides said. “We’ve managed to do something that one of us could not have done.”

Whitesides’ research has led to many innovations in surface chemistry, including demonstrating that it was possible to use self-assembled monolayers to create countless patterns on the micrometer scale. Self-assembled monolayers is a topic Whitesides has been studying since the 1970s when he started looking into the characterization and application of these organic molecules.

Whitesides’ other research interests’ range across physical and organic chemistry, including soft lithography, microfluidics, biophysics, science for developing economies, the origin of life, and energy production and conservation. He has mentored more than 300 graduate students, postdocs, and visiting scholars, is the author of more than 900 researcher papers, holds over 50 patents, and has helped found more than 12 companies.

Past honors include the National Medal of Science, the Kyoto Prize for Advanced Technology, and the ACS Priestley Medal. He is a member of the National Academies of Sciences and Engineering, and an honorary member of elite scientific academies and societies in the United Kingdom, France, the Netherlands, and India.

Whitesides was born Aug. 3, 1939 in Louisville, Kentucky. He received an A.B. degree from Harvard University in 1960 and a Ph.D. from the California Institute of Technology in 1964. He was a faculty member at MIT from 1963 until 1982 when he joined the Department of Chemistry at Harvard.

The laureates in each field will share $1 million. All the recipients will be celebrated in Oslo, Norway, in a ceremony presided over by the Royal Family. The Kavli Prizes were established in 2008 and have so far been awarded to 54 scientists from 13 countries. Ten laureates received the Nobel Prize after receiving the Kavli Prize.