From spreadsheets to city streets 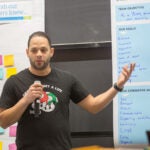 In two recently released papers, a pair of scholars affiliated with Harvard Kennedy School’s Ash Center for Democratic Governance and Innovation take a close look at how urban leaders are grappling with the quick pace of technological and regulatory change in America’s cities today. In “Reforming Mobility Management: Rethinking the Regulatory Framework,” Stephen Goldsmith, Daniel Paul Professor of the Practice of Government at Harvard Kennedy School, lays out a new model for how cities can regulate ride-sharing services. Craig Campbell, a fellow with the Ash Center’s Innovations in Government Program and the assistant director for policy and operations in the New York City Mayor’s Office of Data Analytics, in “Replicating Urban Analytics Use Cases,” tackles the question of how cities can adopt and adapt successful civic data analytics programs from peer municipalities.

With the proliferation of ride-sharing services across the country, concerns are arising about how the ever-growing number of Uber and Lyft trips are impacting traffic congestion. Last year, mayors of large cities cited traffic as a top three concern mentioned by citizens. Yet these ride-sharing services have found a ready customer base in urban dwellers frustrated by existing transportation options.

To alleviate the tension surrounding urban mobility, cities, writes Goldsmith in his latest paper, “must embrace a new role of planner, coordinator, and facilitator of a distributed system of integrated [transportation] providers.” In his new paper, Goldsmith calls on cities to acknowledge that ride-sharing services can greatly increase access to and availability of urban mobility options and suggests integrating ride-sharing into a more unified transportation system. He advocates for a “light touch” regulatory regime for ride-sharing that employs curbside pricing to create a market-based usage model to wring maximum efficiency from congested urban roadways and curbsides. “By charging for time stopped at the curb, the system incentivizes quick turnover and efficient pickups to avoid the negative effects of vehicles lingering at curbside,” Goldsmith writes.

Like nearly every other facet of life, technology has upended city hall operations. Integrating the use of data into municipal functions has city leaders both excited and frustrated. As cities grapple with new models for data-driven decision making, they are increasingly turning to each other for guidance and examples.

“How should a data-processing solution in Louisville, or a problem-solving methodology in New York City, get iterated in other cities?” asks Campbell in his paper.

Campbell unpacks the theoretical and practical considerations for replicating data analytics use cases from city to city. His specific recommendations include:

While there is much to be learned from peer cities, “successfully connecting use case replication to a city’s long-term analytics ‘journey’ requires a deep investment in data and a sustained appetite for innovation — the foundational layers of problem-solving that cannot be copied,” Campbell concludes. 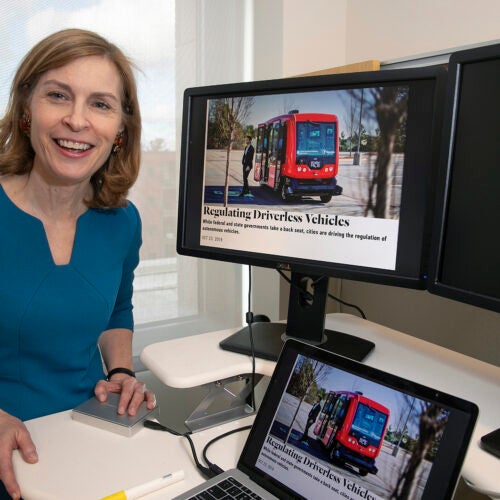