From Kansas City to Kigali, forty mayors go back to school 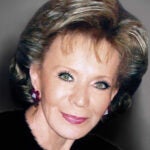 On July 18, the Bloomberg Harvard City Leadership Initiative welcomed its sixth class of 40 mayors from around the world to participate in a yearlong education and professional development program.

The flagship program of the Bloomberg Center for Cities at Harvard University, the Initiative is a collaboration between Bloomberg Philanthropies, Harvard Kennedy School, and Harvard Business School that aims to provide a world-class learning experience for mayors and their senior leaders to help equip them with the tools and expertise to effectively govern cities. Since its launch in 2017, the Initiative has built an alumni network of nearly 200 global mayors from 24 countries.

Members of the sixth class of mayors are:

“This class brings together a diverse and dynamic group of mayors from across the globe, and we’re glad to welcome them to New York City to kick off the sixth year of the program,” said Michael R. Bloomberg, three-term mayor of New York City and founder of Bloomberg L.P. and Bloomberg Philanthropies. “With all the urgent shared challenges facing cities, the opportunity for mayors to exchange ideas and learn from one another and experts is more important than ever. We’re looking forward to working with them throughout the year, and to seeing the results in their cities.”

“Through its City Leadership Initiative, the Bloomberg Center for Cities draws on the expertise of our faculty to strengthen and expand the capabilities of mayors whose work shapes the lives of millions of people,” said Harvard President Larry Bacow. “We are pleased to welcome the sixth class of mayors to Harvard and this cornerstone program, which is generously supported by Bloomberg Philanthropies. We look forward to everything they and their colleagues will accomplish together, both in the classroom and in their cities.”