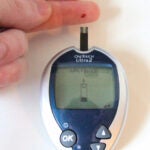 Jean Jung was sick as a kid and spent several years in and out of the hospital. She was often lonely and bored. “The day goes really slowly,” she recalled. “There’s nothing to do.”

Jung wished she could spend time with other kids, but her parents were worried about her getting an infection, so she wasn’t allowed to roam around the pediatric ward and make friends.

Now Jung, who’s slated to earn a master of public health in health care management in May from Harvard T.H. Chan School of Public Health, has a project to help other kids facing long hospital stays connect with each other — through virtual reality (VR) technology.

Since January 2019, Jung and a team of three other Harvard graduate students have been laying the groundwork to launch a nonprofit called Dreamworld VR that will enable pediatric patients to virtually visit others like themselves. Children in pediatric wards with chronic diseases such as asthma, diabetes, or cancer sometimes have to remain isolated for health reasons; the Dreamworld VR platform would provide a way to get around that problem. Using VR headsets and hand-held controllers, kids would be able to immerse themselves in a colorful, virtual world in which they can design their own “rooms” and “meet” other kids — represented by an avatar like a teddy bear or doll or robot—who are dealing with the same disease.

When Jung described her idea for Dreamworld VR to her academic adviser Richard Siegrist in early 2019, he said he was struck by “how much sense it made in addressing a real issue with children in the hospital — feeling lonely, feeling stressed, feeling ‘why is this happening to me?’”

Siegrist, senior lecturer on health care management, helped Jung connect with colleagues at Harvard i-lab. She was accepted into the Venture Incubation Program and proceeded to assemble a project team of fellow students and a board of advisers, and develop a prototype. Dreamworld VR was named a semi-finalist in the MIT 100K competition, received support from the i-lab’s Social Impact Fellowship Fund, and was named a semi-finalist in Harvard’s President’s Innovation Challenge.

Currently, pediatric patients at hospitals around the U.S. are testing the prototype, while Jung explores the possibility of having manufacturers in China create inexpensive, lightweight headsets for kids to use with Dreamworld VR. She and her team hope to launch the nonprofit later this year.

Siegrist said he’s been impressed with Jung’s doggedness in tackling all the steps necessary to create a social venture, including creating the right team, developing a sustainable business model, and making sure her fledgling business adheres to patient privacy rules. “She’s gone through all of those steps in a short period of time with an idea that really has, I think, a lot of potential,” Siegrist said. “She’s a true entrepreneur.”

For her own part, Jung said: “It’s just so lousy to be sick. I’m doing this because I would have wanted something like this when I was a kid.”