Firefighting puts strain on the heart 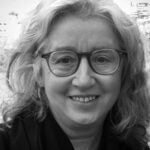 Firefighters appear to be at increased risk of heart attack from the stress, heat, and other physical demands of the job, according to a new study by University of Edinburgh researchers.

The study and an accompanying editorial were published April 4, 2017 in Circulation.

About 50 percent of on-duty firefighter fatalities each year in the U.S. are attributed to cardiovascular disease – primarily heart attack, stated an April 4, 2017 CBS News article about the study.  Intense heat and other job demands may lead to blood clots and impaired blood vessel function, the researchers reported.

Health professionals should pay more attention to firefighters’ medical needs, Stefanos Kales, associate professor in the Department of Environmental Health at Harvard T.H. Chan School of Public Health, who co-authored the editorial, said in the CBS article. In addition to dealing with toxic smoke and high heat, “The firefighter [unlike most athletes] wears 40 to 50 pounds of gear, which increase the workload and also encapsulates the firefighter, impairing all usual means of dissipating heat,” he said.