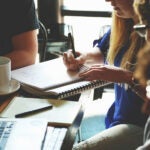 Susan Rubin Suleiman, Ph.D., A.M., A.B., has won many awards over her storied career as an educator and writer, but was recently awarded Légion d’honneur, France’s highest decoration, a particularly poignant recognition of her work and personal connection to France and its people. Her fascination with France began as a child, later informing her studies as an adult, and ultimately defining her career.

The February ceremony was held at the Residence of the Consul General of France, M. Arnaud Mentré. Professor Suleiman shared the story of her illustrious career, “one full of zigzags, detours, circling’s back. And yet, when I think about it retrospectively, it does appear to have a certain logic and continuity.”

The common thread that tied her past to her present was always France. Suleiman grew up in Budapest and a visit by her aunt from Paris sparked her initial fascination with the culture. As life in communist Hungary grew more dangerous for the Jewish people, Suleiman’s mother hired a French tutor, and after they escaped she studied at a French school in Vienna. As they waited for entry into the United States, Suleiman spent six months learning French grammar at the convent school of Sainte-Rose de Lima in Port-au-Prince.

Suleiman assimilated to American life, but reignited her passion for France in college while studying at Barnard. She later earned a Ph.D. in French literature from Harvard in 1969. Suleiman recalled, “The great encounters that marked my intellectual life and writings from the 1970s on, were all linked, in some way, to France: structuralism and post-structuralism, feminism and psychoanalysis, the study of cultural memory and history.”

Professor Suleiman is the C. Douglas Dillon Research Professor of the Civilization of France and Research Professor of Comparative Literature, and retired from full-time teaching in 2015. An accomplished writer, Suleiman has authored and edited numerous books and more than 100 articles on contemporary literature and culture, including “Crises of Memory and the Second World War, Risking Who One Is: Encounters with Contemporary Art and Literature,” and the memoir “Budapest Diary: In Search of the Motherbook.” Her most recent book, “The Némirovsky Question: The Life, Death, and Legacy of a Jewish Writer in Twentieth-Century France,” is a look into the life of novelist, Irène Némirovsky and her relationship to Judaism, her Jewish background, and the issues of “foreignness” in 20th-century France.

Mentioning this publication as she received her award, Suleiman said, “it seems to me that this book brought together, or more exactly returned to, all of the subjects that have been important to me, in my life and in my teaching and writing: fiction, history, mothers, children — and yes, during all that time, France.”