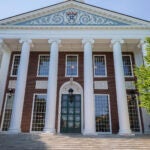 How a family functions and manages conflict during pregnancy may influence the development of cortical white matter and subcortical volumes in the fetus and could be associated with brain characteristics that underlie behavioral problems later in life, according to new research led by Harvard T.H. Chan School of Public Health.

The study focused on data collected in the Netherlands between 2002 and 2006 from 2,583 children, 2,583 mothers, and 1,788 fathers. The results showed that children who were exposed to poor family functioning during their fetal development were more likely to have smaller preadolescent hippocampal and occipital lobe volumes.

“It is well known that poor family functioning is an important risk factor for child psychiatric disorders,” Henning Tiemeier, Sumner and Esther Feldberg Professor of Maternal and Child Health at Harvard Chan School, said in a Sept. 17, 2020 Healio article. “It is also known that interventions aimed at altering poor family functioning or its consequences can be successful. This study suggests that the fetal and infant brain may be vulnerable to poor family functioning, such as conflict, and serves as a powerful reminder that clinicians need to address family factors and, where necessary, intervene or refer to specialists.”