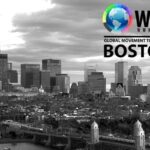 In recent years, a growing body of evidence has suggested that phthalates—synthetic chemicals used in scores of products ranging from vinyl flooring to food packaging to medical tubing to cosmetics—can cause reproductive harms. Now, two new studies from Harvard T.H. Chan School of Public Health have revealed that these hormone-disrupting chemicals may increase both the risk of miscarriage and risk factors for gestational diabetes.

Much of the evidence about phthalates’ potential harm comes from animal studies; less is known about their impact in humans. The results of these two studies are important because pregnancy loss is prevalent—about 31 percent of all conceptions end in miscarriage—and the incidence of gestational diabetes has tripled over the past two decades, now occurring in 7 percent of all pregnancies worldwide.

One study followed a group of 256 women at Massachusetts General Hospital Fertility Center from 2004 to 2014 who were undergoing medically assisted reproduction, such as in-vitro fertilization. The researchers measured concentrations of 11 phthalate metabolites in the women’s urine around the time of conception. Women with the highest concentrations of a type of phthalate called di-(2-ethylhexyl) phthalate, or DEHP, were 60 percent more likely to lose a pregnancy prior to 20 weeks than those with the lowest concentrations, the study found.

Lead author Carmen Messerlian, a research fellow in Harvard Chan School’s Department of Environmental Health, called the findings compelling, noting that this was the first study to examine how phthalate exposure may affect pregnancies in their earliest stages among couples who have difficulty becoming pregnant.