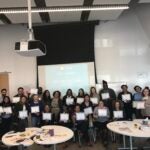 Patients who receive expensive care in the hospital are readmitted and die at similar rates to patients whose doctors order fewer or less expensive tests and procedures, according to a new study by researchers from Harvard T.H. Chan School of Public Health and Harvard Medical School. They suggest that policies to reduce wasteful spending should focus on both hospitals and physicians.

The study was published March 13, 2017 in JAMA Internal Medicine.

The researchers analyzed health data from Medicare patients hospitalized for nonelective medical conditions between 2011 to 2014. They found that health care spending varied slightly more between individual physicians within a hospital than across hospitals.

“Before now, most of the research and efforts aimed at cutting spending and improving the value of care have been aimed at hospitals, health systems, and groups of doctors,” lead author Yusuke Tsugawa, a research associate at Harvard Chan School said in the Harvard Gazette. “The differences between hospitals and regions are important, but they’re only part of the puzzle. Our findings show how important it is to consider the differences between individual doctors in any effort to improve health care.”

Ashish Jha, K.T. Li Professor of Health Policy at Harvard Chan School, was a co-author on the study.