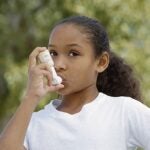 Twenty Harvard Graduate School of Education (HGSE) students recently spent the afternoon consulting with nearly 50 subject matter experts as part of their J-term course, Informal Learning for Children. The course, taught by HGSE Professor Joe Blatt, Faculty Director, Technology, Innovation, and Education, tasks his graduate students with examining the role that media can play in the lives of children and their families. The goal – to learn how to design more effective programs for learning.

The graduate students were working on designs for a variety of educational projects that they hoped might appeal to middle school students. Their questions for the experts ranged from wondering if tweens might like an app that allows the user to take part in a scavenger hunt, to getting reactions to various story lines for a potential television show, to exploring what makes certain video games more addictive than others.

The aforementioned subject matter experts were in fact a group of sixth grade students from the Gardner Pilot Academy (GPA) in Allston, who were eager to share their thoughts and honest opinions on the projects.

One students suggested that an idea for a certain television show be focused more on story, and less on competition, because to him it would “feel more epic.”

Another student questioned assumptions about the way in which students his age consumed media. “You mean you actually use Hulu? Only old people use Hulu,” explained one sixth grader.

Yet another suggested any new games should follow the proven path of American Ninja Warrior, their “favorite show.”

“The (HGSE) students read the research, but there is nothing like coming in and talking to kids and finding out what they think,” said Kara Brennan, a Teaching Fellow at HSGE. “It’s a marathon of a course, but to many it’s probably one of their most memorable experiences at HGSE. It’s a lot of work, but it’s also a whole lot of fun.”

The course exposes the graduate students to not only the research, but also the process of seeing a project through from start to finish. At the end of the two week course the HGSE students will present their findings to a group of industry leaders, including those at Sesame Street, with whom Professor Blatt has longtime relationship.

This collaboration is part of ongoing partnership between the GPA and Harvard. Students from the school often take part in many Harvard run programs, including on the University’s Cambridge campus, or at the Ed Portal located just a short walk away. Harvard faculty, staff and students can often be found at the GPA, learning from the students themselves. This project was no exception. As one student so accurately said, “We know technology. We’re kids. What did you expect?”