Eric Doppstadt appointed to Harvard Management Company board of directors 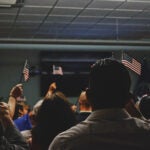 Harvard Management Company (HMC)  announced this week that Eric Doppstadt, vice president and chief investment officer of the Ford Foundation, has been elected to serve on the company’s board of directors.

Doppstadt currently manages the Ford Foundation’s $12.6 billion endowment, which allows for more than $500 million in annual charitable gifts. He joined the Ford Foundation in 1989 as legal counsel before moving into multiple senior investment roles including oversight of alternative investments and private equity, and assumed his current role in 2009. Before working with the Ford Foundation, Doppstadt was an attorney in the corporate department of the firm Paul, Weiss, Rifkind, Wharton & Garrison LLP in New York.

“Eric will be a great addition to the HMC Board,” said HMC chairman and Harvard treasurer Paul Finnegan ’75, M.B.A. ’82. “His track record of successful endowment management, as well as his experience allocating within specific asset classes are a solid fit for the ongoing transition of Harvard Management Company’s investment model.”

Formed in 1974, HMC provides investment management of the University’s endowment and related financial assets. Since its founding, HMC has distributed more than $30 billion to the University’s operating budget in support of scholarships, groundbreaking research, world-class teaching, and more.

Narv Narvekar, CEO of HMC added, “I have had the pleasure of knowing Eric for many years. Both his investment acumen and experience supporting a mission-driven organization will be assets to our board, and I very much look forward to working with him more closely in the years ahead.”

HMC directors are elected by the President and Fellows of Harvard College (the Harvard Corporation), one of two University governing boards.

“Harvard Management Company is undertaking significant changes in order to better serve the University and I am excited to assist with this ongoing transition. Mission-driven endowments have a unique responsibility to the institutions they support, especially during challenging economic times. I look forward to working with HMC’s remarkably accomplished group of board members and executive team to help support current and future generations of Harvard’s students, faculty, and researchers,” said Doppstadt.

He is a graduate of the University of Chicago and New York University School of Law.