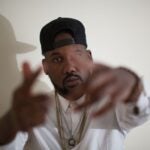 A new report released by the Electoral Integrity Project (EIP), based at the University of Sydney and Harvard University, scrutinizes whether support for populism is rising or whether it has stalled, comparing elections in the United States, the Netherlands, France, the UK, and Germany. The EIP is directed Pippa Norris, the Paul. F. McGuire Lecturer in Comparative Politics at Harvard Kennedy School (HKS).

The report, drawing upon the Perceptions of Electoral Integrity dataset release 5.0, also ranks the integrity of elections globally, identifying numerous polls beset by gerrymandered boundaries, restrictions on the free press, ballot box fraud, violence, and the abuse of money in politics. The data suggests that problems of corruption and coercion are widespread.