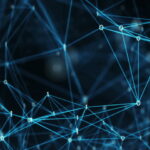 Queer subjectivities took center stage in a 2017-18 series at the David Rockefeller Center for Latin American Studies (DRCLAS) titled “Looking Out for the Queer in Latin American Video Art and Film.” The series concentrated on two activities which spanned the academic year: an exhibition of video art on display in the center titled “Guiñadas Gráciles,” curated by Joaquín S. Terrones, Lecturer in Literature at MIT; and a film program of five screenings, curated by Sergio Delgado Moya, Associate Professor in the Department of Romance Languages and Literatures and Paola Ibarra, Assistant Director of Programs at DRCLAS.

The capstone of the initiative was a stimulating half-day symposium, “Looking Out for the Queer in Latin American Art,” held on Saturday, April 7. The program featured a mix of curators, scholars, and artists for a morning of “conversation on representation of queer bodies in Latin American visual culture,” explained Terrones in his opening remarks.

Reflecting on her five-decade-long career of theorizing on language, writing, and translation, celebrated Argentine writer and critic Sylvia Molloy delivered the keynote address, “Translation as a Queering Practice: A Personal Story.” Interspersed within meditations on translation from fellow countrymen and literary luminaries, including Jorge Luis Borges and Domingo Faustino Sarmiento, Molloy shared revelations gleaned from her current project: the English-language translation of her memoir, “Vivir entre lenguas.” Molloy eloquently synthesized the many points of contact between translating and queering, including “the rejection of fixed identities, of binary constructions, and the resistance to closed categories and fluctuating identities.”

Ming Li Wu, a freshman at Harvard College, followed Molloy’s address with a poetry reading of original works, “Lengua” and “To Artist From Poet,” this latter piece a response to the video “Feather Piece” (2013) by Naufus Ramírez-Figueroa, that Wu encountered in “Guiñadas Gráciles.”

Finally, three visiting panelists presented from their areas of expertise: Carl Fischer, Assistant Professor of Spanish at Fordham University, focused on the dictatorship in Chile and the artist Carlos Leppe, whose performances were documented and included in “Guiñadas Gráciles;” Gabriela Rangel, Director and Chief Curator of Visual Arts at the Americas Society, presented on the solo exhibition she curated on José Leonilson, a Brazilian artist who was the subject of the video work “Com o oceano inteiro para nadar” by Karen Harley included in “Guiñadas Gráciles;” and José Gatti, of the Universidade Federal de Santa Catarina, showed selections from the Brazilian films Tattoo (2013) and “Doce Amianto” (2013) to illustrate trends in queer film-making in Brazil and the region.

The following day, attendees gathered at the Harvard Film Archive for a screening of “Carmín Tropical” (2014), a drama set in Juchitán, Mexico, where some inhabitants born as men wear women’s clothing and date heterosexual men. These “muxe,” or third-gender individuals, are generally accepted and supported by their community, where there is a longstanding tradition of muxes; however, as filmmaker Rigoberto Perezcano emphasized in a discussion with Romance Language and Literatures Ph.D. candidates following the film, the dark narrative of the murder plot in the film reveals intolerance lurking beneath the surface.