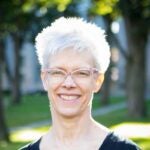 Physicians often underestimate the addictiveness of opioids when writing prescriptions for patients, Atul Gawande, professor in the Department of Health Policy and Management at Harvard T.H. Chan School of Public Health and director of Ariadne Labs, said at a forum on “The State of Public Health.” He discussed current public health issues, ranging from gun violence to unaffordable health coverage, at the March 7 John F. Kennedy Jr. Forum at the Harvard Kennedy School’s Institute of Politics.

Gawande said he and other physicians have probably unknowingly had a role in the opioid crisis when prescribing the medications by not realizing how addictive the drugs are, according to a March 8, 2018 Harvard Crimson article. “I had no idea. And I was handing it out with prescriptions which were giving people 50 pills when they would use three,” he said, and the remaining pills could end up on the black market, the article stated.

His frankness was lauded by others at the program. Theodore “Ted” Strickland, former Ohio governor, said, “He talks about [these issues] as a problem solver, and we need to listen to him, as a country and as a society. I think he has a voice that can lead us to making better decisions if we listen to his sage advice.”

Read the Harvard Crimson article: Gawande Speaks on Addictiveness of Opioids at IOP: ‘I Had No Idea’

How to address opioid epidemic? The public is unsure. (Harvard Chan School news)

The Opioid Crisis (The Forum at Harvard Chan School)