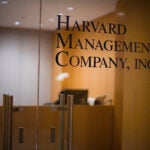 Davíd Carrasco, Neil L. Rudenstine Professor of the Study of Latin America at Harvard Divinity School (HDS), will appear in the third and fourth episodes of the PBS series “Native America,” which will air tonight at 9 and 10 p.m. on WGBH.

Carrasco, who is director of the Moses Mesoamerican Archive and Research Project, will offer insight regarding the religious world views of pre-Hispanic cultures. In a Q&A for HDS, Carrasco explains the spiritual beliefs that connected America’s native peoples, how some native beliefs are being kept alive centuries later, and how recent discoveries have shaped a new perspective regarding the peoples of North and South America.

The series explores the world created by America’s first peoples. The four-part series, which premiered Oct. 23, reaches back 15,000 years to reveal massive cities aligned to the stars, unique systems of science and spirituality, and more than 100 million people connected by social networks spanning two continents.