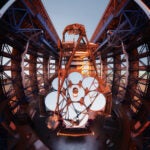 The Institute to End Mass Incarceration at Harvard Law School and the Harvard Radcliffe Institute today announce the joint appointment of Brittany White as a visiting practitioner in residence for the 2022–2023 academic year.

White, a widely respected decarceral strategist and community organizer, will spend the year in residence developing a new project to strengthen opportunities and skills for formerly incarcerated community organizers in collaboration with both IEMI and the Harvard Radcliffe Institute’s Law, Education, and Justice focus area, which gives students the opportunity to engage deeply and build community around important LEJ topics.

White served five years within the Alabama Department of Corrections from 2009 to 2014. Her journey and loss of freedom allowed her firsthand insight into the phenomenon of mass incarceration through which she developed a strong desire to address the corruption and despair she witnessed. Once released, with the help of Concord Church, she went from volunteer faith leader to professional community organizer to manager at a national coalition of faith-based organizers. White currently serves as the decarceration director for Live Free, as well as an organizing fellow at the Institute to End Mass Incarceration.

In these roles, White has worked across the country to empower justice-impacted communities. She has organized and participated in countless panels, trainings, and conferences, spoke with numerous presidential candidates during the 2020 campaign about their criminal justice platforms, and has recently engaged with the Biden administration on initiatives for formerly incarcerated persons. Her work and expertise have been featured in The New York Times, MSNBC, The Hill, and NBC LX.

“Since returning from my incarceration, I have been working toward creating a society that invests in dignity rather than criminalization,” said White. “This task will take the brilliance and experience of many justice-impacted people, so I am really looking forward to focusing over the next year on how to support their formation and development as community organizers and system survivors.”

“Over the past couple of years, Brittany has generated this idea for a new program to train and support formerly incarcerated community organizers,” said Premal Dharia, executive director of the Institute to End Mass Incarceration. “The institute is dedicated to supporting the leadership of the people most directly impacted by mass incarceration, and supporting the leadership of community organizers, so we could not be more thrilled to provide this year in residence for Brittany to begin to turn her vision for this program into a reality.”

“Her leadership, which centers Black women and people who are directly impacted by mass criminalization, is sorely needed at Harvard and beyond,” said Kaia Stern, practitioner in residence at Radcliffe, co-founder and director of the Prison Studies Project at Harvard University, and faculty member at the Harvard Graduate School of Education. “Brittany’s groundbreaking work is inspiring, and she embodies the kind of faith that is vital in this moment. It is a privilege to collaborate with her this academic year.”