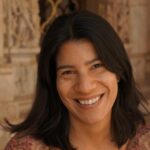 Schacter, William R. Kenan, Jr. Professor of Psychology, has taught at Harvard since 1991. His research has focused on both cognitive and neural aspects of human memory. Many of Schacter‘s ideas are summarized in his 1996 book, “Searching for Memory,” and his 2001 book, “The Seven Sins of Memory,” both named Notable Books of the Year by the New York Times and both winners of the American Psychological Association’s William James Book Award. Schacter has also received a number of awards for his research, including the Warren Medal from the Society of Experimental Psychologists, Award for Distinguished Scientific Contributions from the American Psychological Association, and election to the American Academy of Arts and Sciences and the National Academy of Sciences.

Schacter’s research is broadly concerned with understanding the nature and function of human memory, using cognitive, neuropsychological, and neuroimaging approaches.  He is especially interested in understanding the constructive nature of memory: why it is that memory is not always accurate, and how memory distortions can provide important insights into the working of memory memory works. Much recent research in his lab has explored the idea that memory plays a critical role in allowing individuals to imagine or simulate events that might occur in their personal futures.