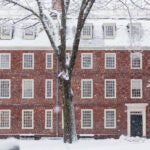 In a new study, Jeremy Faust and co-authors report on excess death rates among U.S. adults ages 25-44 from March through July 2020. Researchers found that around 76,000 Americans in this age range died during those five months, nearly 12,000 more than expected based on prior seasonal trends.

About 38 percent of these deaths were attributed directly to COVID-19, though in some regions such as New York and New Jersey, the figure was 80 percent or higher at times. Additionally, inadequate testing likely means COVID-19 related deaths were underreported in this population.

Unintentional drug overdoses are the usual leading cause of death among Americans ages 25-44, so the research team compared the number of COVID-19 attributed deaths to unintentional opioid overdoses during the same period in 2018, the most recent year for which overdose death data is available.

The findings are contained in a letter published Dec. 16 in the Journal of the American Medical Association.