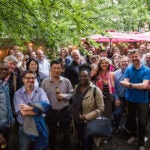 At Dataverse Community Meeting, an emphasis on data quality

Earlier this month, President Donald J. Trump announced that Conor Walsh, Wyss Core Faculty member, and Jessica Whited, faculty member in Harvard’s department of Stem Cell and Regenerative Biology, are among this year’s recipients of the Presidential Early Career Award for Scientists and Engineers (PECASE). The PECASE is the highest honor bestowed by the United States Government to outstanding scientists and engineers who are beginning their independent research careers and who show exceptional promise for leadership in science and technology.

Established in 1996, the PECASE acknowledges the contributions scientists and engineers have made to the advancement of science, technology, engineering, and mathematics (STEM) education and to community service as demonstrated through scientific leadership, public education, and community outreach. The White House Office of Science and Technology Policy coordinates the PECASE with participating departments and agencies; Walsh’s work on wearable soft robotics to assist in walking and other tasks was recognized and nominated by the Department of Defense and Department of Health and Human Services.

“I am humbled and honored to receive this award along with hundreds of the nation’s top scientists and engineers who are in the early stages of establishing their research careers,” said Walsh, who is also the Gordon McKay Professor of Engineering and Applied Sciences at Harvard’s John A. Paulson School of Engineering and Applied Sciences (SEAS). “This award is nice recognition for the translational research we are undertaking in the lab and a credit to the many students, researchers, and staff who make it happen. We will continue to endeavor to contribute new knowledge to this field of soft wearable robotics and develop technologies that can improve the lives of millions of people, both in the U.S. and worldwide.” 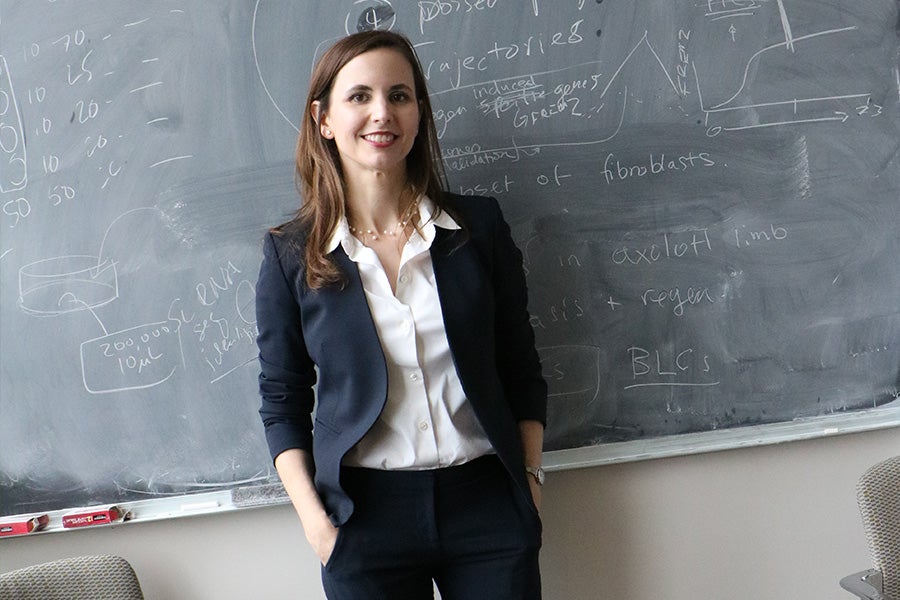 “I am happily surprised to receive the PECASE and honored to represent the Eunice Kennedy Shriver National Institute of Child Health and Human Development in accepting it,” said Whited. “I believe this award recognizes the work my lab is doing to understand how salamanders can completely regenerate limbs as well as the continued value of basic scientific research. I hope that our studies, along with those by colleagues in the field, will provide clues critical for developing future therapeutic approaches that might someday make human limb regeneration a reality for the millions of people living with limb loss. I am grateful for the mentors who have shaped my scientific trajectory and the collaborators and lab members whose hard work and dedication make discoveries possible.”