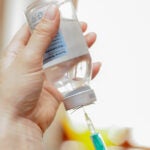 Clarivate, a global leader in providing trusted information and insights to accelerate the pace of innovation, today named 24 world-class researchers from six countries as Citation Laureates. These are researchers whose work is deemed to be ‘of Nobel class’, as demonstrated by analysis carried out by the Institute for Scientific Information (ISI).

Each year since 2002, ISI analysts have drawn on  Web of Science  publication and citation data to identify influential researchers in the research areas recognized by Nobel Prizes: physiology or medicine, physics, and chemistry and economics.

Out of about 50 million articles and proceedings indexed in the  Web of Science  since 1970, only 5,700 (or .01 percent) have been cited 2,000 or more times. It is from the authors of this group of papers that Citation Laureates are identified and selected. They are individuals whose research reports are highly cited and whose contributions to science have been extremely influential, even transformative.

This year, three Harvard professors are being honored as Citation Laureates.

In the physiology or medicine category, Higgins Research Professor of Biochemistry Jack L. Strominger, alongside Pamela J. Bjorkman of the  California Institute of Technology, were selected for determining the structure and function of major histocompatibility complex (MHC) proteins. This landmark discovery in molecular immunology has contributed to drug and vaccine development.

In the economics category, Claudia Goldin, the Henry Lee Professor of Economics, was selected for her contributions to labor economics, especially her analysis of women and the gender pay gap

Also in the economics category, the Thomas Professor of Economics Ariel Pakes, and Steven T. Berry  and James A. Levinsohn of Yale were recognized for their BLP random coefficients logit model for demand estimation.

“This year’s Laureates have advanced humanity’s understanding of topics as varied as the gender pay gap, nanocrystals and how galaxies are formed. They have pushed the boundaries of clinical care with advances in personalized medicine and vaccine development,” said Joel Haspel, senior vice president of strategy and science at Clarivate . “We are delighted to recognize and celebrate their immense achievements, demonstrating that their citation tallies reflect their influence on their colleagues, disciplines and the wider world.”