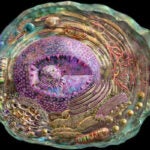 A look at CRISPR’s new tricks

They’re known as roadrunners. The scrawny, indigenous chickens of Ethiopia produce a tough meat that’s delicious when slow-cooked in a spicy stew called doro wat — but their meat doesn’t bring farmers much profit. So an Africa-wide research collaborative stepped in to provide bigger and better local poultry varieties, bred for plumper meat or higher egg productivity. Scientists at Harvard T.H. Chan School of Public Health are part of the research mix, focused on understanding whether the new breeds of chicken will improve women’s and children’s health — not just directly through the calories and nutrients they consume but also through changes that ripple through families and communities.

Chicken production may not seem like a natural fit for public health. For decades, many international development efforts have treated agriculture and nutrition separately, with programs to increase high-yield staple crops like wheat and rice on one side and campaigns to supplement micronutrients like iron on the other. But current thinking about how to combat undernutrition is evolving — much like it is in the rest of the nutrition field — to a focus on whole foods. Public health researchers are turning to agriculture to help ensure that people can access foods that are not just abundant but also nutritionally rich. In some parts of Africa, this means working with small household farms.

Simone Passarelli, Ph.D. ’20, a research assistant on the School’s Agriculture to Nutrition project, wants to capture a nuanced picture of how the arrival of the new chicken breeds affects the lives of farmers and their families. She’s working with her adviser, Wafaie Fawzi, Richard Saltonstall Professor of Population Sciences; professor of nutrition, epidemiology, and global health; and chair of the Department of Global Health and Population, on a randomized trial of 2,100 households that will look not only at the direct nutritional effects of the poultry breeds, but also at how the new breeds indirectly affect household economics and family dynamics.

For a struggling family in a country like Ethiopia, where undernutrition causes roughly a third of children’s deaths, a small backyard flock can be transformative. Having a stable source of healthy protein helps children’s growing brains and bodies, and stems anemia. And the extra income from meat and egg sales — finances often controlled by women — can be a path out of poverty and a catalyst toward more equality in the household. But introducing chickens into home farms can create health risks, as well. Chickens can spread germs like the Salmonella bacterium to humans, and young children are particularly vulnerable. Poorly implemented, this innovative nutrition program could wind up harming the villagers it was intended to help.

“There are so many variables that can contribute to better or worse nutritional outcomes in agricultural settings, and sometimes they compete,” Passarelli says. “I wish it were as simple as just giving someone a magic pill.”…