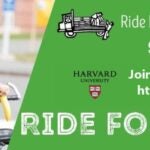 People who work in “green” offices that are well-ventilated and have low levels of indoor pollutants and carbon dioxide may have significantly better cognitive function than people working in more traditional office environments, according to a recent study from the Harvard T.H. Chan School of Public Health’s Center for Health and the Global Environment (CHGE), SUNY Upstate Medical University, and Syracuse University.

Lead author Joseph Allen, assistant professor of exposure assessment science and director of the Healthy Buildings Program at CHGE, spoke to NPR’s “Living on Earth” about the study in an interview that aired Aug. 26, 2016.

Researchers tested study subjects in simulated office environments on their real world decision-making performance using a variety of methods. Neither the participants nor the researchers knew whether they were in a green or non-green office environment.

They found that performance scores of participants in the green spaces were, on average, double those of participants who worked in conventional environments. Three cognitive functioning domains in particular had the strongest scores: crisis response, strategy, and information usage.

Allen told “Living on Earth” that the study was designed specifically to look at what building factors could be improved that would lead to benefits to cognitive performance. He said, “There’s a positive story here and it is that there are things we can do right now in most spaces that will reduce the chemical concentration that we’re exposed to and increase the amount of [healthy] air coming in, and we think this will lead to better cognitive performance.”