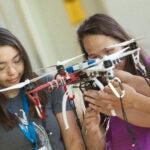 The Bloomberg Harvard City Leadership Initiative today announced the second class of 40 mayors from around the world who will participate in the yearlong education and professional development program designed exclusively for mayors. The 40 mayors joined Harvard faculty and renowned management experts in New York City this week for a three-day, immersive classroom experience and convening to kick-off the program.

The diverse class of mayors includes:

The initiative is a collaboration between Bloomberg Philanthropies, Harvard Kennedy School, and Harvard Business School that aims to provide a world-class learning experience for mayors and their senior leaders that will equip them with the tools and expertise to effectively govern complex cities. Harvard faculty, staff and students, alongside experts from Bloomberg Philanthropies’ global network, work with mayors and senior officials over the course of one year in the classroom, online, and in the field to foster professional growth and advance the necessary capabilities to drive innovation and deliver results for residents.

The second class of mayors to participate in the Bloomberg Harvard City Leadership Initiative are:

“This is a unique program in the sense that it provides an opportunity for mayors to learn from each other as well as from our faculty and state-of-the-art research. In turn, Harvard is honored and excited to learn from the way city leaders are approaching complex challenges,” said Jorrit de Jong, faculty director of the Bloomberg Harvard City Leadership Initiative.

More information about the initiative can be found here. The initiative aims to enroll up to 240 cities from around the world over four years.