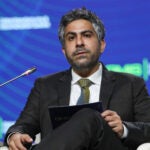 Major league baseball players tend to live about 24 percent longer than the average American man, according to a new study led by researchers from Harvard T.H. Chan School of Public Health. They also appear to have a lower death rate than professional football players from heart conditions and neurodegenerative diseases like Alzheimer’s.

The findings, based on a century’s worth of mortality data from nearly 10,500 baseball players, were published online July 22 in JAMA Network Open.

As for baseball players’ greater longevity than average men, Weisskopf said, “Obviously, people who go on to be professional athletes are much healthier to begin with, and there are a lot of healthy things they have to do to maintain that level of professional play.”