Barakett appointed to HMC Board of Directors 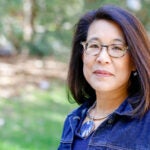 Harvard Management Company (HMC) announced today that Timothy R. Barakett ’87, M.B.A. ’93, has been elected to serve on the HMC Board of Directors. Barakett, who also serves as a member of the Harvard Corporation, will begin his tenure on the board this month.

Formed in 1974, HMC invests the University’s endowment and related financial assets. Since its founding, HMC has distributed nearly $35 billion to the University’s operating budget in support of scholarships, groundbreaking research, world-class teaching, and more.

“Tim brings a unique combination of investment expertise and a deep understanding of Harvard’s operations,” said Paul Finnegan, Harvard treasurer and chairman of the HMC Board. “He will be a great addition to an already exceptional group of directors.”

Barakett founded and served as CEO of Atticus Capital from 1995 until 2010. He then formed TRB Advisors, a private investment firm based in New York, where he continues to serve as chairman.

Narv Narvekar, CEO of HMC, commended the addition. “HMC’s board is a tremendous asset to both our executives and the investment team. Tim’s professional experience and his grasp of the University’s long-term financial needs is a valuable perspective for our team.”

“The endowment is a critical and perpetual resource for Harvard,” added Barakett. “I am honored to have the opportunity to work with Narv, his team, and the HMC board to ensure support for all of the endeavors that make the University a leader in higher education.”

In addition to his role as a fellow of the Harvard Corporation, Barakett also serves as a trustee of The Dalton School and a board member of Rethink Food NYC.