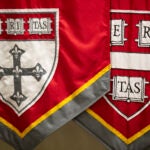 The National Academy of Sciences (NAS) is honoring two professors in the psychology department for their contributions to science. Mahzarin Rustum Banaji, the Richard Clarke Cabot Professor of Social Ethics, was awarded the Atkinson Prize in Psychological and Cognitive Sciences and professor of psychology Leah Somerville received the Troland Research Award.

Banaji is recognized for her work in the field of implicit social cognition. Following the establishment of the concept, Banaji and collaborators continued the research to look at the neural underpinnings of implicit bias, examine the origin of bias among young children, and use machine learning approaches to identify algorithmic bias in large language and image collections.

“Amanda Gorman, in her inauguration poem almost exactly a year ago said that we are witness to a country that is not broken but simply unfinished.  As an experimental psychologist I would say that part of what keeps us ‘unfinished’ is that we do not know ourselves, because we cannot easily gain access to our minds as it is hidden from conscious awareness,” Banaji said about her work.

Awarded biennially, the Atkinson is presented with a $100,000 cash prize. Banaji hopes it will help move “the basic work in new directions,” while also allowing her to “double down on education about what the mind sciences are revealing.”

Somerville, who leads the Affective Neuroscience & Development Laboratory, was awarded the $75,000 annual prize to support her pioneering research on how brain and psychological development are intertwined during adolescence. The laboratory uses a combination of behavioral, neuroscientific, and psychophysiological techniques to understand how the brain develops during adolescence and how that brain development relates to typical changes in motivation, decision making, emotion, and risk for psychiatric illness.

“I am humbled and honored to receive the Troland Award,” Somerville said. “It reflects the impactful work of the many amazing trainees I have worked with over the last several years.”

Banaji, who was Somerville’s departmental mentor, said she was “thrilled” to hear about her former mentee’s recognition. “Leah’s work has taught us so much about the neuroscience of the emotional lives of adolescents as well as their behavior,” she said. “This award shows that independent others also agree!”

Somerville called Banaji “a brilliant scientific mind and scholar” who was supportive and encouraging during the seven years she spent on the tenure track.

“As a mentor, she has been a steady and supportive presence who helped me navigate professional challenges and encouraged me to trust my gut when it came to my scholarship,” she said. “I have so much to thank her for and it is incredibly sweet to share this moment with her.”

Winners will be honored at the academy’s 159th annual meeting held in April. The private, nonprofit institution was established by a congressional charter signed by President Abraham Lincoln in 1863. It provides science policy advice to the federal government and other organizations.