Askwith essentials: Who is Jaylen Brown? 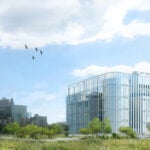 Boston Celtics‘ Jaylen Brown will visit the Askwith Forums on March 1, to discuss education, race, and institutionalized sport, and how athletes can use their public voices to advocate for change.

Professional basketball player Jaylen Brown makes a big impression both on and off the court. Brown, the third pick in the 2016 NBA draft, has become vital to the success of the Boston Celtics in his role as small forward. Although he only completed his freshman year at the University of California Berkeley before declaring for the draft, Brown stood out among draft prospects because of his intellectual pursuits, which included playing chess, learning foreign languages, and taking a graduate-level course while in his first year. Brown, who rejects the narrative that he is “too smart” for basketball, will visit the Askwith Forums on Thursday, March 1, to speak with Associate Professor Jal Mehta about education, race, and institutionalized sport, and how athletes can use their public voices to advocate for change.

Brown on Racism:
“Racism definitely exists across America today. Of course it’s changed a lot — and my opportunities are far greater than they would have been 50 years ago. So some people think racism has dissipated or no longer exists. But it’s hidden in more strategic places.” — The Guardian, January 2018

On Education and Racism:
“When I got older and went to the University of California [Berkeley] I learnt about a more subtle racism and how it filters across our education system through tracking, hidden curriculums, social stratification, and things I had no idea of before. I was really emotional – because one of the most subtle but aggressive ways racism exists is through our education system.” — The Guardian, January 2018

On Colin Kaepernick’s Protest:
It was peaceful and successful. It made people think. It made people angry. It made people want to talk. Often everybody is comfortable with their role in life and they forget about the people who are uncomfortable. So for Colin to put his career on the line, and sacrifice himself, was amazing. But Colin was fed up with the police brutality and pure racism. He speaks for many people in this country – including me…. It takes a special person like Kaepernick to force these changes – because often reporters and fans say: ‘If you’re an athlete I don’t want you to say anything. You should be happy you’re making x amount of money playing sport. You should be saluting America instead of critiquing it.’ That’s our society.” — The Guardian, January 2018