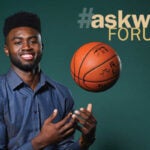 Askwith essentials: Who is Jaylen Brown?

In the wake of the school shooting in Parkland, Fla., President Donald Trump has proposed that teachers carry concealed weapons in order to defend against would-be school shooters. But an expert at Harvard T.H. Chan School of Public Health vigorously disagrees with that idea.

“It’s a crazy proposal,” said David Hemenway, professor of health policy and director of the Harvard Injury Control Research Center (HICRC), in a Feb. 23, 2018 NBC News article. Hemenway said that research suggests that fewer guns—not more—would be the best way to reduce gun-related deaths. He added that expecting teachers to shoot attackers is unrealistic. “Your heart is beating like crazy, your adrenaline is all over your body, and you have to make a wise decision about what to do,” he said.

In a Feb. 26, 2018 MSNBC interview, Hemenway noted that while some are saying that gun-related violence is a mental health issue, the evidence suggests otherwise.

“The evidence is overwhelming that most homicides don’t have anything directly to do with mental health problems,” he said. “If you look across all the 26 industrialized democracies, none of these other countries have our gun problems about homicides, about school shootings, about killings of police. And why is that? It’s not because they don’t have mental health problems. It’s not because they have much nicer people. It’s because they don’t give unlimited access to the most deadly of the deadly weapons.”

Hemenway was also quoted in several other media outlets about gun violence.

Hemenway’s colleague Catherine Barber, director of HICRC’s Means Matter Campaign, was quoted in a Los Angeles Times article about the high prevalence of U.S. gun owners who don’t store firearms safely in their homes—leaving those guns at risk of being stolen, used by a despondent or homicidal family member, or played with by a child.

“Gun owners care about protecting their family, and many keep guns at home unlocked for ready access,” said Barber, even though the odds of being killed in a homicide are quite low. Suicides far outnumber homicides in the U.S. and firearms are the leading method used in those suicides, Barber noted.