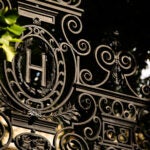 A work requirement policy imposed by the state of Arkansas on Medicaid participants failed to achieve its stated goal of boosting employment, according to new research led by Harvard T.H. Chan School of Public Health. Instead, the policy harmed health care coverage and access, the study found.

Under Arkansas’ requirements, which were implemented in the summer of 2018, adults ages 30–49 had to work 20 hours a week, participate in “community engagement” activities, or qualify for an exemption to maintain coverage. A federal judge paused the program in April 2019, but 18,000 adults had already lost Medicaid coverage as a result.

For the study, which was published in Health Affairs and discussed in a KATV news segment on Sept. 10, researchers led by Benjamin Sommers, professor of health policy and economics at Harvard T.H. Chan School of Public Health, analyzed data collected through telephone surveys with 2,706 low-income adults in Arkansas and three control states.