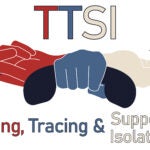 A bipartisan roadmap for mobilizing the economy

The Initiative for the Science of the Human Past (SoHP) at Harvard and the Climate Change Institute (CCI) at the University of Maine are delighted to announce the renewal of their grant from Arcadia — a charitable fund of Lisbet Rausing and Peter Baldwin. The new grant of $570,000 over three years will continue to support the joint Historical Ice Core Project of the Harvard SoHP-CCI team to explore past climate, health and economies of Eurasia, shedding light on the impact of climate on people and people on climate.

This ongoing collaboration has already produced landmark open-access publications that change our understanding of lead pollution and its ties to the economy over the last 2000 years.  By combining historical and natural records in ultra-high-resolution, the interdisciplinary team has detected the Icelandic origin of the 536 A.D. event, one of the most devastating volcanic eruptions in recorded history, as well as Europe’s shift from the late Roman gold standard to the silver coinage on which medieval Europe was built.

The latest publications trace the development of the English economy in relation to climatic and political shifts, and highlight the influence of dust storms on Eurasia and the North Atlantic in relation to a warming climate. The team’s findings contribute to understanding how increased pollution and warming may affect global climate, public health and the economy in the near future.

The Project’s discoveries are made possible by the innovative methodologies used by the interdisciplinary team to produce the highest-resolution continuous climate record in existence coupled with the largest geodatabase of pre-modern climate observations in historical and archaeological sources. The new technology developed by the Climate Change Institute’s W.M. Keck Laser Ice Facility allows the team to produce and analyze an ultra-high-resolution climate record from a European glacier. The new record is so detailed that it can be matched for the first time to single events such as pandemics, famines, economic downturns and even dust storms documented in historical records, which the Historical Ice Core Project will continue to investigate in coming years.

This project began in 2013, with Arcadia’s support, as a joint endeavor of Heidelberg University, University of Maine, University of Bern, and Harvard University that retrieved an ice-core from Colle Gnifetti, in the Swiss-Italian Alps. The location of the glacier, in the heart of Europe and close to areas of great historical significance and richly documented human settlement, holds much promise for the study of climate’s impact on human activity and vice-versa.

At Harvard University, the project is overseen by Michael McCormick, chair of the Initiative for the Science of the Human Past and Goelet Professor of Medieval History and Alexander More as group leader. At the University of Maine, the project is overseen by Paul Andrew Mayewski, director of the Climate Change Institute and Distinguished University Professor along with Andrei Kurbatov, associate professor and world-renowned volcanologist.