Announcing the launch of the Philosophy, AI, and Society Consortium 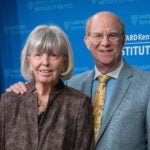 Artificial Intelligence (AI) has become critical infrastructure, shaping our personal, social, and political lives, influencing everything from geopolitics, to industry, to the meaning of friendship. As we grow increasingly reliant on digital technologies in ever more spheres of our lives, our dependence on the algorithmic systems that allow those technologies to adapt dynamically to new circumstances will only grow. Our urgent task is to understand and design AI systems that will contribute to human flourishing, social justice, and robust, stable democracy. This task requires both moral diagnosis, and the ability to sketch a vision of our future with AI, to provide values to guide technologists and regulators alike. This in turn requires a new turn in moral and political philosophy.

Philosophers at the Australian National University’s HMI Project and MINT Lab, Harvard’s Edmond J. Safra Center for Ethics, Oxford’s Institute for Ethics in AI, Princeton’s University Center for Human Values, Stanford’s Institute for Human-Centered AI and the Schwartz Reisman Institute for Technology and Society (SRI) at the University of Toronto have formed the Philosophy, AI and Society Consortium (PAIS), to support philosophical researchers aiming to contribute to this urgent task. The aim is to foster an international debate that uses the most rigorous and innovative philosophical tools to make progress on these problems, and uses reflection on these problems to make fundamental first-order progress in philosophy.

PAIS is building an international community of philosophers, with a particular focus on mentoring and supporting Ph.D. students and early career researchers transitioning to work on the moral and political philosophy of AI and related technologies. Its members have played leading roles in international AI Ethics conferences, focused research workshops, and curating journal special issues. It hold an annual PAIS conference, and an annual doctoral colloquium, as well as regular philosophy research workshops. It will also grow the profile of philosophy in interdisciplinary debates on AI and society.

PAIS will be posting updates on Twitter, @paisnetwork. PAIS expects to hold its first annual conference in Stanford in January 2023, and its first doctoral colloquium in Oxford in February-March 2023.