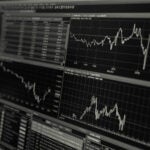 A new series of four short animated films is aimed at helping children who have lived through forced labor, trafficking, and other forms of exploitation to take positive steps toward the future.

The series, called “A Brighter Future,” was produced by Medical Aid Films in collaboration with Harvard T.H. Chan School of Public Health and the Kailash Satyarthi Children’s Foundation (KSCF). The films, released on World Children’s Day, Nov. 20, are available for free to all in English, Hindi, and Bengali, and will later be translated into other languages.

“Children who have been exploited often blame themselves for having been rescued,” said Bizu Gelaye, assistant professor in the Department of Epidemiology, whose research focuses on understanding neuropsychiatric disorders and who led Harvard Chan School’s involvement in developing the film scripts. “These films offer practical messages aimed at normalizing some of the symptoms children may be dealing with, emphasize that they’ve been rescued from terrible experiences, and try to reassure them that they’ve done nothing wrong. The films send the message that they are unique, that they’re no one’s property, that they have fundamental human rights, and that they’re free to learn and prosper.”

The International Labor Organization estimates that there are 152 million child laborers around the globe, with 73 million engaged in hazardous work. More than 20 million are subjected to the worst forms of child labor — including slavery-like practices such as forced and bonded labor, child soldiering, and sexual exploitation — or are used by adults in illicit activities such as drug trafficking, according to UNICEF.

The films, each about four minutes long, focus on fictional former child laborers, Ajay and Priya. They feature messages around overcoming past trauma, rediscovering childhood, learning to play with others, self-care, equality, and the importance of education as a tool in breaking cycles of exploitation.

One of the films depicts Ajay’s rescue from working in a gravel quarry, and his arrival at a children’s center in India with other rescued children. Although initially cautious at the center, Ajay eventually becomes more trusting. “My life started to improve from that moment on,” says Ajay in the film. “I started to understand that I could have a happier future, and that I deserved it.”