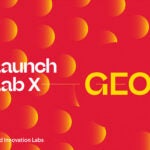 The National Institutes for the Humanities of Japan (NIHU) awarded Andrew Gordon the 2020 International Prize in Japanese Studies. Gordon is the Lee and Juliet Folger Fund Professor of History, with a special focus on modern Japan.

In the announcement of the prize, the NIHU recognized Gordon’s extensive work on the history of labor in modern Japan, his breadth of research in the field of modern Japanese history, his focus on education and pedagogy in writing and teaching, and his commitment to “bridging society and academia.”

Gordon is “highly respected for the meticulous and high caliber of his research, both for their distinctive focus and breadth of perspective, greatly stimulating the work of scholars in Japanese history,” wrote Sungsi Lee, Executive Director of the NIHU, in the announcement.

His recent books include the fourth edition of his textbook “A Modern History of Japan: From Tokugawa Times to the Present,” and “Fabricating Consumers: The Sewing Machine in Modern Japan.” Gordon is also the director of the Japan Disasters Digital Archive (JDA), a collaborative catalog and interactive space housed at the Reischauer Institute and focused on the 2011 East Japan earthquake and tsunami.