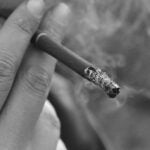 Mr. Andrew Elrick has been named Executive Director of the David Rockefeller Center for Latin American Studies (DRCLAS), to begin Feb. 1. Elrick will depart his position as Director of Administration of the Global Initiative at the Harvard Business School (HBS). He will take the helm of one of the most active area studies centers at Harvard, managing a staff of nearly thirty carrying out activities in main office in Cambridge as well as overseas offices in Santiago de Chile, São Paulo, Brazil, and Mexico City. Elrick brings 15 years of experience at Harvard, including work at LASPAU, HBS, and as the interim Executive Director at the Harvard University Shanghai Center. Elrick holds an undergraduate degree from Tulane University in Latin American Studies and international relations and a Masters in International Education Policy from the Harvard Graduate School of Education. Elrick speaks both Portuguese and Spanish and has lived and studied abroad in Venezuela, Portugal, and Spain. He has spent much time in Latin America in his professional endeavors, including two years researching telecommunications markets for the Economist Intelligence Unit.

DRCLAS was founded in 1994 with the mission of promoting teaching and learning about Latin America and related fields at Harvard, strengthen ties between Harvard and institutions throughout Latin America, and enhance public understanding of Latin America in the United States and abroad.