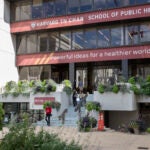 New polling analysis released today shows that the American public is narrowly divided on a slew of ideologically charged issues before the Supreme Court such as abortion, gun control, immigration, and whether public funds can be used to pay for private religious education. The data was collected by the Supreme Court Public Opinion Project, a yearly national survey of Americans’ attitudes on the major Supreme Court cases conducted by Stephen Jessee from the University of Texas at Austin, Neil Malhotra from the Stanford Graduate School of Business, and Harvard Kennedy School’s Maya Sen.

On abortion, 62.3 percent of all respondents said the Roe v. Wade should not be overturned by the court, with a 40.8 percent of Republicans agreeing that the constitutional right to abortion should be upheld. Yet when asked about Dobbs v. Jackson, which focuses on a new law in Mississippi banning nearly all abortions after 15 weeks of pregnancy, respondents were more closely divided, with 51.4 percent agreeing that the law was unconstitutional and 48.6 percent responding that it was not.

“It’s not uncommon for people to have differing views about abortion, depending on the question wording. But, in general, most people are strongly supportive of the ruling in Roe v. Wade,” said Sen. “Because of that, the Court overruling Roe would be significant. Most people don’t follow the court, but they do know a handful of famous court cases, Roe being one of them. If the court overturns Roe, it would not only be contrary to public opinion, but it would also highlight for many people just how conservative his court is.”

In addition to abortion, the court is poised to again rule on the hot button topic of gun control. At issue is a New York state law requiring people to show a need for self-protection in order to receive a license to carry a concealed firearm outside the home. Slightly over half of respondents, 52.6 percent said that the law violated people’s Second Amendment rights. “What we’re seeing is that gun control is a partisan issue, with Republicans and Democrats on different sides,” said Sen.

Looking at the overall responses to the 15 cases researchers polled, Jessee, Malhotra, and Sen found that the public is slightly more likely to take the liberal (51.5 percent) than the conservative (48.5 percent) position. “If recent years are any indication, we’ll likely find that the Supreme Court is leaning in a more conservative direction compared to where the public is on these major issues. Time will tell whether that means that there will be increased calls for term limits for the justices or even court expansion.”

The 2022 survey was conducted by YouGov using a nationally representative sample of 2,158 U.S. adult residents interviewed online between March 30-April 6, 2022. (The poll’s margin of error is ± 2.4 percent)