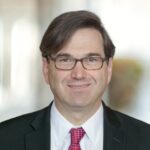 A group of over thirty activists from the Afro-Cuban movement visited Harvard on April 14-15 to attend a gathering sponsored by the Afro-Latin American Research Institute (ALARI), Hutchins Center for African and African American Research. Titled, “The Afro-Cuban Movement: Activism and Research, Accomplishments and Challenges,” this event represents the first time that Cuban anti-racist activists—writers, cultural producers, hip hop musicians, filmmakers, popular educators, neighborhood leaders, bloggers, LGTBQ activists, and lawyers—come together to assess the state of the anti-racist agenda in that country and to identify new challenges. The event also hosted a group of Afro-Cuban entrepreneurs who have managed to create successful private businesses in what is otherwise an overwhelmingly white sector.

Deemed “historic” by some of the participants, the event provided a space for self-recognition and critical reflection that many of these activists had not experienced before. They noted that in the last twenty years, thanks to their disparate and mostly uncoordinated efforts, race has ceased to be a taboo in Cuban public discourse and become a legitimate subject for discussion. But they also lamented the lack of institutional bases to monitor cases of racial discrimination and to promote Afro-Cuban history and culture. They complained about an educational system in which black themes are utterly absent and called for a thorough reexamination of school curricula in Cuba. The activists also highlighted the need to regulate the emerging private sector, where racial discrimination is rampant, and discussed strategies to counter racist representations by the media.