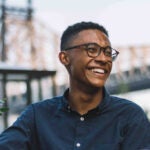 American Repertory Theater (A.R.T.) at Harvard University, led by Terrie and Bradley Bloom Artistic Director Diane Paulus ’88 and Executive Director Kelvin Dinkins Jr., announced today its 2023 Gala will honor departing Harvard University President Lawrence S. Bacow, M.P.P. ’76, J.D. ’76, Ph.D. ’78 and Adele Fleet Bacow for their inspiring impact on the arts at Harvard and beyond. The Harvard campus location of the May 8 event will be announced at a future date.

A.R.T.’s annual Gala supports its artistic productions and educational offerings, which center the theater’s mission and vision of expanding the boundaries of theater through programs that engage our hearts, minds, and bodies to imagine collective pathways forward. The 2023 Gala will celebrate Lawrence and Adele Bacow, along with A.R.T.’s commitment to the research and development of groundbreaking theatrical experiences that catalyze dialogue and transformation.

The Gala will begin with a cocktail hour at 6 p.m., followed by dinner, a live auction, and an artistic program. Performers will be announced at a later date.

Half and full table packages starting at $7,500, individual tickets starting at $1,500, and opportunities to support the event —including for individuals unable to attend— are available now at AmericanRepertoryTheater.org/Gala.