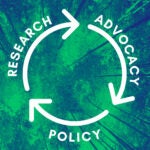 “We were once again delighted by the caliber of interested applicants in this invaluable opportunity,” said Vice Provost for International Affairs and Mark Schwartz Professor of Chinese and Inner Asian History Mark Elliott. In his inaugural semester as vice provost for research, 25-year-faculty member John Shaw, Harry C. Dudley Professor of Structural and Economic Geology and professor of environmental science and engineering said, “I am deeply honored to join Mark Elliott in overseeing this successful and pivotal program for international research. I look forward to continuing to engage with our generous donors and our faculty community in augmenting Harvard’s research collaborations in Brazil.”

Established in 2016 by a generous gift from the Lemann Foundation, the Lemann Brazil Research Fund supports Brazil-related research in all areas related to education, as well as research in any other disciplinary area undertaken with a Brazilian colleague.

This year’s awarded projects are:

“Building the evidence base for patient-centered Long COVID healthcare administration and policy: A mixed methods study of needs, barriers, and opportunities in Rio de Janeiro”

“SEL Kernels for Local Needs in Amazonas Region of Brazil”