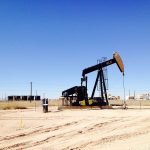 Policies to keep fracking from harming health may be inadequate

The 2021 Warren Alpert Foundation Prize has been awarded to scientists Lynne Maquat and Joan Steitz for seminal discoveries in the biology and function of RNA, the workhorse molecule of cells. Their discoveries have reshaped the understanding of RNA’s myriad roles in healthy cell function and in disease-causing dysfunction and have informed the conceptualization and design of RNA-based therapies in various stages of development.

Maquat is the J. Lowell Orbison Endowed Chair and a professor of biochemistry and biophysics at the University of Rochester, where she is also the founding director of the Center for RNA Biology and the founding chair of Graduate Women in Science.

Steitz is the Sterling Professor of Molecular Biophysics and Biochemistry at Yale University and a Howard Hughes Medical Institute investigator. She earned a Ph.D. in biochemistry and molecular biology from Harvard in 1967.

The discoveries made by Maquat and Steitz have contributed critical knowledge about RNA’s involvement in a range of cellular processes, including regulation of gene expression and protein production. These insights have enabled the design and subsequent development of a range of therapies, including mRNA-based COVID-19 vaccines and treatments for spinal muscular atrophy and Duchenne muscular dystrophy. The discoveries have also laid the foundation for the design of other RNA-based treatments now in various stages of testing or development, including personalized cancer vaccines.

“The discoveries made by the two award winners are stunning in their elegance and impact,” said George Q. Daley, dean of Harvard Medical School (HMS). “They have illuminated basic mechanisms of RNA metabolism, pinpointed the molecular roots of a range of inherited and acquired diseases, and enabled the development of customized molecular therapies to treat such conditions. What a beautiful demonstration of the importance of basic discovery in the design of treatments that target the very root of dysfunction instead of merely treating the symptoms of disease.”