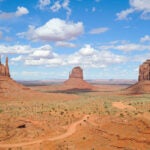 The impact of the pandemic on Native American communities

The seventh annual Harrington Prize for Innovation in Medicine has been awarded to Stuart H. Orkin, the David G. Nathan Distinguished Professor of Pediatrics at Harvard Medical School.

The Harrington Prize for Innovation in Medicine, established in 2014 by the Harrington Discovery Institute at University Hospitals in Cleveland, Ohio, and The American Society for Clinical Investigation (ASCI), honors physician-scientists who have moved science forward with achievements notable for innovation, creativity and potential for clinical application.

Orkin is being recognized for breakthrough discoveries on red blood cells that offer new treatments for patients with sickle cell disease and beta-thalassemia, which are among the most common genetic disorders.

Sickle cell disease (SCD) is due to a mutation in the DNA encoding the beta-globin chain of hemoglobin, the molecule in red blood cells that carries oxygen and delivers it to tissues. In SCD, normal disc-like red blood cells become rigid and sickle shaped due to abnormal polymerization of sickle hemoglobin. Red cells get stuck in small blood vessels, thereby cutting off blood flow and leading to tissue damage and intense pain (a “sickle crisis”). SCD affects about 75,000 in the U.S. and millions of people throughout the world.

At Boston Children’s Hospital, Orkin’s colleague David A. Williams has translated these findings to patients in a gene therapy trial in which BCL11A expression is blocked. Dramatic clinical results in the first patients have validated BCL11A as a target for therapy. Promising preliminary findings of company-sponsored gene editing trials with BCL11A as a target have also been reported.

“The sickle cell community has been energized by this discovery, which is a complete game-changer for a large group of people living with SCD. Dr. Orkin’s work has paved the way for testing a gene therapy approach, and potentially other approaches, to treat this debilitating disease,” said W. Kimryn Rathmell, interim chair, Department of Medicine at Vanderbilt University School of Medicine, Cornelius Abernathy Craig Professor of Medicine, and 2019-2020 President of the ASCI.

“Dr. Orkin is an extraordinary investigator and a dominant force in the fields of hematology and genetic disease. His discovery of BCL11A as a master regulator of hemoglobin gene switching, and his pursuit of application in sickle cell disease, is a prime example of how fundamental discovery can be leveraged for clinical impact,” said Jonathan S. Stamler, president of the Harrington Discovery Institute and Robert S. and Sylvia K. Reitman Family Foundation Distinguished Chair of Cardiovascular Innovation at University Hospitals and Case Western Reserve University School of Medicine.