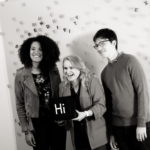 Charles Maier ’60, Ph.D. ’67, the Leverett Saltonstall Professor of History and resident faculty at the Minda de Gunzburg Center for European Studies (CES), recently retired, after 50 years of teaching at Harvard. CES spoke to him about what he’ll do next and what he’ll miss.

CES: As you begin retirement, you’re starting another book. Would you tell us about it?

Maier: I’m am writing a history of the last 100 years from a different perspective than most historians and journalists have provided. I am seeking to offer a long-term narrative that can accommodate or allow for an unhappy outcome as well as a triumphant ending. I like to say history is characterized by its surprises, but the task of the historian is to make them seem a little less surprising. I have been surprised and dismayed by Trump’s America and the advent of similar populist outcomes throughout the world, especially since many of us believed that liberal democracy had prevailed as of the 1990s. Of course, developments may quickly change again. So how do we conceive of a longer-term history that can make sense of the disappointing events of 2019 as well as those that elated us in 1989?

CES: How has Harvard’s involvement or interest in Europe changed?

Maier:  Harvard culturally always provided a strong component of literature and social science courses on Europe — and some of the most brilliant and original professors taught these, including CES’s own Stanley Hoffmann. Interest in Europe has shifted, but we’ve always had a fairly lively interest in Europe. The founding of CES has played an important role in anchoring that interest even when the attention of departments has diversified. We have attained the capacity, over the last generation, to send many students to Europe. And more European young people seek their education here. That’s a big change.

CES: What do you think you’ll miss in retirement?

Maier:  I’ll miss teaching and also participating in thinking about teaching, not being in a department as it thinks about its curriculum and courses. I’ll miss having a voice in that. It was one of the strengths of the Social Studies concentration, which I directed for several years in the 1990s. I’ll miss not having undergraduates. I’ll miss not having the brightest graduates — that I won’t be able to help nurture their thinking.

All in all, I feel immensely blessed. We’ve had largely continuous economic prosperity, and we’ve become a much more tolerant country with respect to race and with respect to sexuality. My younger adulthood took place during a great era of confidence in liberal institutions, and an era in which my country’s influence — too often abusive — was often for good. I worry about that all being thrown away. This is what I am concerned with, not with what I’ll miss personally, because I enjoyed a good wave of history. I was surfing on a good wave.