An evangelist of physics 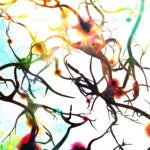 Few would argue right now that physics doesn’t matter, barely a month after scientists at Lawrence Livermore National Laboratory achieved fusion ignition, a breakthrough step toward unlocking a new source of abundant, clean energy. Australian physicist Suzie Sheehy wants to go further, however, making the experimental side of the science accessible and reconnecting us with forgotten pioneers who helped change the ways we understand the world.

She discussed her debut book, “The Matter of Everything: How Curiosity, Physics, and Improbable Experiments Changed the World,” with Greg Kestin, Ph.D. ’14, associate director of science education and a lecturer on physics, in an online event last Wednesday presented by the Division of Science and Harvard Library with Harvard Book Store. Sheehy offered a rapid-fire overview of the history of the science, along with an introduction to some unsung heroes of the field and some peeks into where it may be heading next.

Sheehy, who oversees research groups at the universities of Oxford and Melbourne and currently focuses on medical applications, laid out five basic points. First, she said, “How we know is just as important as what we know.”

For that reason, “I celebrate experiments,” said Sheehy, whose book is organized around 12 key experiments from the last 120 years. Acknowledging that theoretical physics, practiced by such luminaries as Albert Einstein, may be better known, she described her experimental colleagues as having “a more nuanced job,” requiring “good questions, persistence, and a whole lot of luck.” As an example, she recalled the 1897 experiment into cathode rays that resulted in the discovery of electrons and “gave birth to the entire electronics industry.” Without that, she noted, “rock ’n’ roll would never have happened.”

Her second point — “The results in curiosity-driven research grow in usefulness over time” — was reflected in the 1896 discovery of the X-ray. Not only did it allow doctors to look beneath a patient’s skin, it also gave photographers a new artistic tool and has become crucial to airport security. “New discoveries make new imaginings possible,” she said.

“Science may be objective, but scientists are not,” was her next point. Even great physicists have blind spots, she noted, quoting physicist Albert Michelson, who said in 1894, “It seems probable that most of the grand underlying principles have been firmly established.” This was before the discovery of X-rays, radioactivity, and the electron — and before quantum mechanics would completely upend the field. Sheehy quipped, “It’s hard to predict the future.”

Following up on scientists’ very human failings, Sheehy delivered her fourth point in the form of a question: “Who gets to be a physicist?”

“Curiosity is a human trait,” she said. “It’s not racist or sexist, but we’ve been restricting this field.” To counter the “strong white man” narrative too often championed in her field, Sheehy briefly introduced some of the female physicists featured in her book. These include Harriet Brooks, who helped decipher how radioactive elements change, as well as Marietta Blau, whose work led to a new kind of particle detector, and Bibha Chowdhuri, an Indian particle physicist who researched cosmic rays.

Ultimately, “collaboration is the human force of nature,” said Sheehy, making her final point. Citing “the power of collaboration,” she pointed out the great strides being made at CERN, the European Organization for Nuclear Research. The organization, which has 23 member states, was designed to foster such collaboration — and invented the World Wide Web in order to do so. Currently, the Swiss-based main lab not only brings international teams together, it houses the Large Hadron Collider, allowing for the kind of experiments very few, if any, of the member countries would be able to afford on their own.

Following up Sheehy’s presentation with a discussion that included questions from audience members, Kestin asked about the future of the field. Sheehy reflected back on Michelson’s remark of more than a century ago, and how easy it is to assume that we’re reaching the end of human knowledge. “It feels like we’re done with physics, and yet we know there’s more,” she said. In particular, she pointed out that even the most recent discoveries, such as those into the nature of subatomic particles like muons, only account for roughly 4 percent of all matter. Much of what else makes up our universe, known as dark matter, remains a mystery.

“It’s exciting to think that over 90 percent of matter is not understood,” said Kestin.