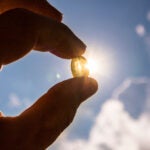 Older Black and Hispanic patients with advanced cancer are less likely than white patients to receive opioid medications for pain relief in the last weeks of life, according to a study led by investigators at Harvard-affiliated Dana-Farber Cancer Institute.

The study, the largest to examine disparities in opioid access among U.S. cancer patients, also found that Black and Hispanic patients were more likely than white patients to undergo urine screening tests for drugs. The results, published this month by the Journal for Clinical Oncology, point to racial and ethnic disparities in two key aspects of care for older patients dying of cancer.

The study comes at a time when tightened restrictions on opioids have significantly decreased availability to the painkillers. Although the restrictions are in response to the country’s overdose epidemic and not directed at patients with cancer, researchers have documented a drop in patient access to opioid medications, even at the end of life.

“Most previous studies of inequities in cancer pain management were conducted before the full scope of the opioid crisis was recognized and regulations to curb opioid prescribing were put in place,” said the study’s lead author, Andrea Enzinger, a gastrointestinal oncologist and an assistant professor at Harvard Medical School. “Over the past decade, there has been a seismic shift in prescribing practices and sharp declines in access to these medications for patients with cancer. But we know very little about the current state of disparities in access in this environment of increased regulation, and about the magnitude of disparities among patients with terminal cancer.”

In this study, researchers examined opioid prescription orders for 318,549 Medicare patients over the age of 65 who had poor-prognosis cancers and were nearing the end of life. Between 2007 and 2019, the group experienced a steady decline in access to opioids and a rapid expansion of urine drug screening. Within these broader trends, researchers found small but meaningful divergences between racial and ethnic groups.

Researchers found that whites in rural areas received the most opioids near the end of life, whereas Black patients in cities received the least.

Compared with white patients, for example, Black patients were 4.3 percentage points less likely to receive any opioid and 3.2 percentage points less likely to receive long-acting opioids near the end of life, with similar differences observed between Hispanic and white patients. The study authors note that these differences are meaningful given that by 2019 only 32.7 percent of patients received any opioid and only 9.4 percent received a long-acting opioid near the end of life.

The inequities were particularly stark for Black men. “We found that Black men were far less likely to be prescribed reasonable doses than white men were,” said the study’s senior author, Alexi Wright, a gynecologic oncologist and an associate professor at the Medical School. “And Black men were less likely to receive long-acting opioids, which are essential for many patients dying of cancer. Our findings are startling because everyone should agree that cancer patients should have equal access to pain relief at the end of life.”

The inequities were found to exist independently of patients’ socioeconomic level and other factors. Some disparities became more pronounced when the data were parsed for different subgroups of patients. For example, researchers found that whites in rural areas received the most opioids near the end of life, whereas Black patients in cities received the least.

The investigators also explored whether race or ethnicity played a role in screening patients’ urine for drugs. The National Comprehensive Cancer Network suggests that providers consider urine drug screening for patients on opioid therapy, but the organization doesn’t indicate how often patients should be tested or whether some populations — such as patients dying of cancer — should be exempted from testing. As with access to opioids, investigators found racial disparities in urine drug screening, with Black patients significantly more likely to undergo such screening. Black men experienced the greatest inequities with respect to both opioid access and urine drug testing.

“The disparities in urine drug screening are modest but important, because they hint at underlying systematic racism in recommending patients for screening,” Wright says. “Screening needs to either be applied uniformly or not at all for patients in this situation.”

The investigators are following up on the findings with research to identify the main causes of these inequities, and ultimately to target those causes with novel interventions.

The study was supported by the Agency for Healthcare Research and Policy.