A laugh a day keeps the doctor away? 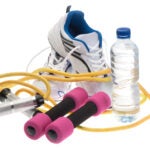 Really need to start exercising but hate it? Just move

No one knows why we do it, but it’s free, has no known side effects, and experts say it lifts spirits, lowers stress, makes us feel connected

Another in series of pieces about resetting our lives for a healthy 2023.

The former director of psychology at Brigham and Women’s Hospital says laughter has a lot going for it. It makes us feel good, brings people closer together, lightens a workplace, and even, Dattilo has found in her practice, helps those with depression manage their condition.

“Health care is expensive,” said Dattilo, an instructor of psychology in Harvard Medical School’s Psychiatry Department. “If we can find a tool that is as simple as laughter, that is free for the most part, with no side effects and has no contraindications, that would be really great.”

Nobody knows precisely why we laugh, though suspicions are that it performed an important bonding and social function in early human groups. We do know something about what it does, though. Psychologically, it improves mood almost immediately and lowers stress and anxiety. Physically, it lowers levels of cortisol, the stress hormone, while raising the “feel good” neurotransmitters dopamine and serotonin.

It also hikes endorphins, which have pain-relieving effects. Scientists released a “this is going to hurt you more than me” study in 2011 that looked at the potential impact of endorphins in easing pain by showing people funny videos followed by slipping a freezing wine sleeve over an arm to see how long they could stand it. Those who’d laughed lasted longer.

In 2020, a group of Brazilian and Canadian researchers conducted an analysis of 21 studies on the impact of hospital clowns on more than 1,600 children and adolescents suffering an array of symptoms, including anxiety, pain, stress, cancer-related fatigue, and crying. The research found that children exposed to the merry jesters were significantly less anxious during subsequent medical procedures, regardless of whether a parent was present, and experienced improved psychological well-being.

In 2004, a team led by Carl Marci, assistant professor of psychiatry at Harvard Medical School and Massachusetts General Hospital, tracked not only the psychological and physiological effects of laughter, but also its interpersonal impact.

In work that tracked skin conductance and sweating in psychiatrists and their patients being treated for mood disorders like anxiety and depression, they found that laughter was common, despite the somber topic. There were an average of 15 laughs during the 50 minutes they spent together. Patients laughed about twice as much as the psychiatrists, but even when only one was laughing, both showed increases in nervous system activity that controls blood pressure and heart rate. When both laughed together, however, that arousal was significantly higher. The contagious laughs, Marci said at the time, were a sign that emotions being expressed were perceived as validated. It also indicates that the patient is expressing more than just what’s being said.

Harvard may seem the kind of place that studies laughter rather than participates in it, but with a campus full of young people, keeping the lid on laughs is a challenge. The campus hosts humorous publications, a famed annual burlesque show, a mock TV news show, and student groups offering improv and standup opportunities. Alumni have made their mark on the global comedy scene after leaving campus, including actor John Lithgow, late-night host Conan O’Brien, and writers for TV landmarks such as “The Simpsons,” “Seinfeld,” and “The Office.”

Even Harvard University Health Services has gotten in on the act, offering a Wintersession course in laughter yoga, which stands on its head our everyday understanding of laughter’s cause and effect. Laughter yoga couples breathing exercises with voluntary laughter to elicit its beneficial physiological response.

“It’s just a different category of laughter,” Dattilo said. “We experience them very differently, but the body doesn’t.”

Dattilo uses laughter to treat those struggling with depression through behavioral and non-medication-based approaches. She claims to not be all that funny herself, but rather someone who came to appreciate laughter’s benefits through a broader interest in restoring playfulness to our adult lives.

“The framework that I use includes things like exercise and natural, quality sleep; social connection, things like gratitude practice — these are all things we know work,” Dattilo said. “And one of those categories is play, or pleasure, and laughter is one of the main tools that I use to help people activate the pleasure and reward centers of the brain, to get them to playfully approach life, make time for that sort of activity as an important pillar of health and wellness.”

In some ways, Dattilo said, it’s an effort to find what’s been lost for many of us as we were forced to “grow up.”

“As adults, we don’t laugh nearly as much as we used to. The idea that we would have fun, play, and make time for those things is often seen as a reward or something you have to earn or something you do when the work is done,” Dattilo said. “But the work is never done.”

Dattilo has become involved in an effort to inject laughter into the workplace through Laugh.Events, a pandemic-born organization that offers comedy-focused, corporate events aimed at bringing coworkers together and boosting office morale. Dattilo, the organization’s science adviser, gives to the sessions her science-based take on laughter as a bonding, healing, creativity-boosting factor in the workplace.

“It’s been a fun, interesting partnership, because they’re trying to bring laughter to work,” Dattilo said. “When you’re not regularly activating the pleasure/reward centers of the brain they go offline. So, in order to feel good, we have to practice feeling good. And laughing is one of the most cost-effective ways to do that.” 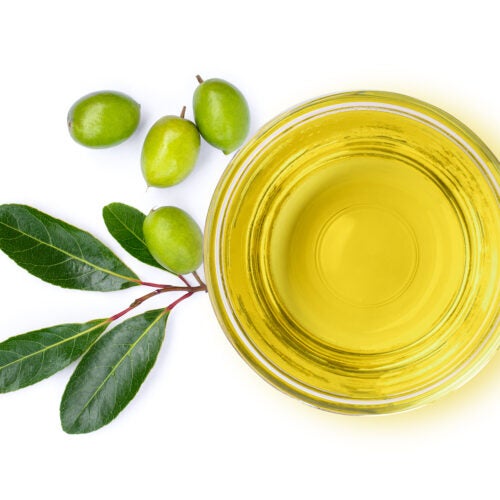 The best thing about the Mediterranean diet? It doesn’t taste like a diet.

Olive oil – maybe not your mom’s – is a good place to start, says Chan School’s Walter Willett. But don’t be afraid to experiment. 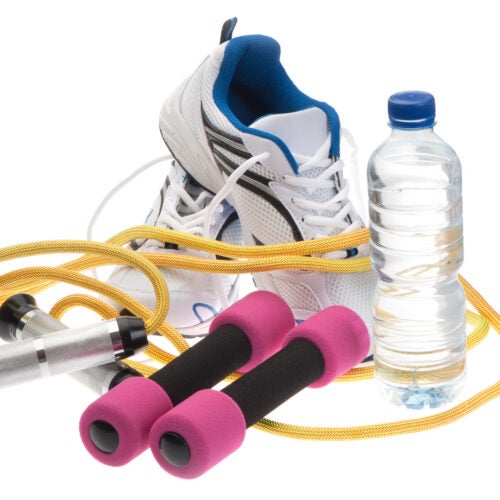 Really need to start exercising but hate it? Just move

Health professionals say any regular activity is useful. If it’s been a while, ramp up ‘like a crockpot: low and slow’