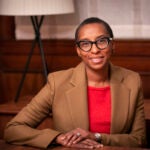 Harvard College today accepted 722 students to the Class of 2027 from a pool of 9,553 who applied under the early action program.

“Once again, there was a remarkable pool of applicants in the early admissions cycle,” said William R. Fitzsimmons, dean of admissions and financial aid. “This year’s admitted class, like the ones before it, is brimming with talent, and will shape our community for years to come.”

All students deferred in the early admissions process will be considered again in the regular action cycle. Regular-decision applicants are slated to receive admissions decisions on March 30, 2023.

Reinforcing its commitment to providing opportunity for all talented students regardless of their economic resources, the University significantly expanded the Harvard Financial Aid Initiative (HFAI) for low- and middle-income families. Beginning with the Class of 2026, the cost to attend Harvard College, which includes tuition, housing and food, and all fees, is free for families, both domestic and international, with annual incomes below $75,000 and typical assets. “This is an increase from the $65,000 annual income threshold in previous years. Nearly a quarter of Harvard College students come from families with incomes under $75,000,” said Jake Kaufmann, Griffin Director of Financial Aid.

So far, more than 14 percent of the admitted students come from first-generation college backgrounds, compared with nearly 12 percent last year. In addition, this year 10.8 percent are estimated to be eligible for federal Pell Grants for those demonstrating exceptional need.

“Nearly a quarter of Harvard College students come from families with incomes under $75,000.”
— Jake Kaufmann, Griffin Director of Financial Aid

As was announced last year, due to the ongoing COVID-19 pandemic and its continued impact on access to testing for high school age students, Harvard College will continue to allow students to apply for admission without requiring SAT or ACT scores for the admitted classes of 2027-2030.

The current admissions cycle — for the Class of 2027 — is the third for which students have been able to apply to Harvard without requiring standardized testing. Consistent with Harvard’s whole-person admissions process, standardized tests are one factor among many considered. Accomplishments in and out of the classroom during the high school years — including extracurricular activities, community involvement, employment, and family responsibilities — are considered as part of the admissions process.

“We would like to take this opportunity again to remind students who do not submit standardized test scores that they will not be disadvantaged in their application process,” said Fitzsimmons.

“Their applications will continue to be considered on the basis of what they have presented, and they are encouraged to send whatever materials they believe would convey their accomplishments in secondary school and their promise for the future,” said Joy St. John, director of admissions.

Students were notified of early action decisions at 7 p.m. Thursday. Those admitted are not obligated to attend and have until May 1 to make their final decision.

At this time, Harvard College plans to welcome students to campus for an in-person Visitas weekend. From April 23-24, Harvard will host a number of events designed to welcome the admitted Class of 2027 and introduce its members to the College community, as well as to the resources and opportunities available at Harvard. Harvard will continue to host virtual events for students via Crimson Connect, its online platform for the Class of 2027, which will be used throughout the spring to engage with current students, future classmates, and staff. Students will receive information about Visitas and Crimson Connect via the Admitted Student Website.